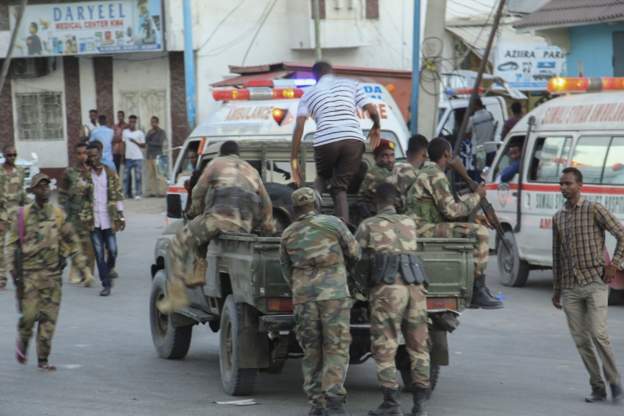 The militant group, Al-Shabab has said it was behind the attack at the Afrik Hotel. The militants first bombed the hotel with a car bomb.

Police spokesperson, Sadik Ali is quoted as telling Reuters that “The operation is over now. Nine people including four attackers died and over 10 civilians were injured.”

Somalia’s President Mohamed Farmaajo has commented on the incident saying “I ask God to have mercy on the Somali citizens who lost their lives in this barbaric attack, and I extend my deepest condolences on the death of General Mohamed Nur Galal, a veteran of the Somali Army.”

Like it? Share it!
Uganda’s Bobi Wine challenges Museveni win in court < Previous
The plight of Eritrean refugees in Tigray camps Next >
Recommended stories you may like: