You are here: Home » Opinion » Murder of Pastor Shuaibu: Will Justice Be Served? By Leo Igwe

Murder of Pastor Shuaibu: Will Justice Be Served? By Leo Igwe

The murder of a Christian pastor in Kano has raised issues regarding justice, equity, and fairness for non-Muslims in Muslim-dominated Kano state. Muslim bloodletters killed Rev. Shuaibu over his alleged role in the conversion of a Muslim to Christianity in the area. Such horrific acts of religious extremism are not new in Kano state. Kano is one of the Muslim majority states in Northern Nigeria where Sharia law is in force. Islamic theocracy prevails in the region. Kano state officially treats non-Muslims as second-class citizens.

Muslim extremists engage in attacks and killing of non-Muslims with impunity. The federal government authorities turn a blind eye to Muslim faith-based abuses and felonies. The Christian Association of Nigeria has asked that justice be done in the case of the late Pastor Shuaibu. But will justice be done? Will the murderers of this pastor be brought to justice? There have been reports that the police have arrested some suspects. But will they be prosecuted and punished for their crimes? Going by the history of religious bloodletting in the state, justice would not likely be served. It is not in the character of the Islamic Kano state to ensure fairness and equity for non-Muslim believers. Whenever Muslim jihadist go on rampage, attack, or kill non-Muslims, as in the case of Pastor Shuaibu, the Kano state government panders to the Islamic base. State officials look the other way; they pretend not to know their duty and responsibility. The state government plays down on the atrocity. State actors feign ignorance of the law and constitution. In most cases, arrests are not made. Muslim attackers and murderers go scot-free because murdering a non-Muslim is not treated as a criminal act. Killing a non-believer is largely perceived as a religious duty that furthers the cause of Islam and not an offence against the state. 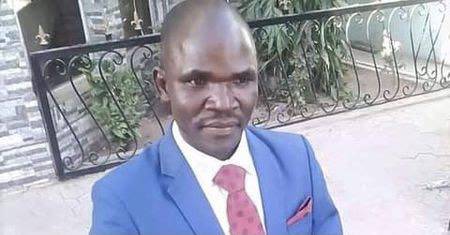 In some cases where the victims survive, they are arrested and detained for their safety. Victims of Islamic mob attacks are prosecuted for engaging in actions capable of breaching public peace. In situations where they did not survive, as in the case of Rev Shuaibu, suspects might be arrested. But they would later be secretly released. As in the case of Bridget Agbahime, whenever alleged perpetrators are charged to court, state prosecutors would at some point declare a nolle prosequi on the case. They would release the bloodletters. This disgusting pattern applies in the handling of jihadist attacks and the killing of non-Muslims in Kano state. Everyone expects the pattern to play out in the case of Rev Shuaibu. Kano state government could also choose to prove the pundits wrong. Now the police have arrested some suspects, will the delay tactics set in? Will the police charge them in court? Will the police keep them in custody until the tension has dissipated and then release them? It is known that state prosecutors sometimes also act as if they were keen at diligently handling the matter. They would charge the case to court and later discontinue the trial or get the judge to throw it out. Would this drama play out in the case of Rev Shuaibu?

Kano state authorities should know that the world is watching and keenly following the case of Rev Shuaibu. The world is taking note of all the mischief, schemes, and intrigues that Islamic theocrats in Kano are using to deny non-Muslims justice.

Igwe is a Nigerian human rights advocate and humanist.

Like it? Share it!
Injuries as Chad violently disperses anti-junta rally < Previous
Tunis “regrets” French decision to reduce visas Next >
Latest News From Malawi
Headlines From: The Maravi Post