According to the chairman of the commission, Ruto received 50.49% of the vote, while Odinga received 48.85%.

“We have intelligence and reports that their system was penetrated and hacked and that some of the IEBC (Independent Electoral and Boundaries Commission) officials actually committed electoral offences and some of them ought to have been arrested if they were not arrested”, denounced Saitabao Ole Kanchory, Azimio la Umoja–One Kenya Coalition Party chief agent.

The announcement was preceded by a declaration from the vice chair and three other election officials who disowned the result due to what they described as the “opaque nature” of the final phase of the process.

“Because we cannot take ownership of the results that is going to be announced, because of the opaque nature with which this result has been handled. We will give details of this opaque nature very soon”, promised IEBC commissioner, Irene Masit.

Candidates have now seven days to file any challenge over the election results. The Supreme Court will have 14 days to rule. 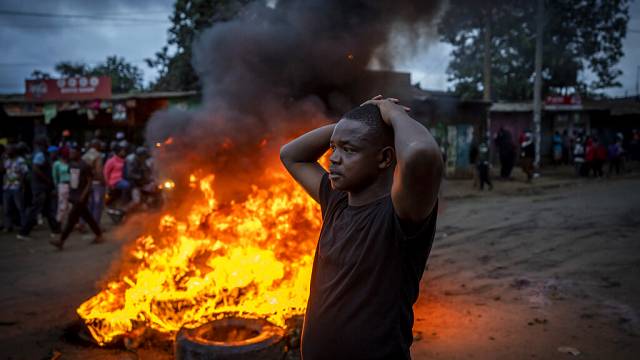 Like it? Share it!
Egypt’s pyramid of Cheops explored in virtual reality in Paris < Previous
Mali: Security situation deteriorates, human rights concerns rise Next >
Latest News From Malawi
Headlines From: The Maravi Post