You are here: Home » Lifestyle » Parents of victims of Kenya’s 2017 post-electoral violence hope for peace As Kenya’s Supreme Court prepares to rule on the country’s contested presidential election, two families in Kisumu, whose children were victims of the 2017 post-election violence, said they’re still waiting for justice.

They call on residents and politicians to maintain peace after opposition leader Raila Odinga rejected the election outcome and filed a petition at the top court alleging fraud in the vote tallying process.

Joseph Abanja, whose baby daughter was killed by tear gas in their home, says: “As Pendo’s father, I would not wish to see any Kenyan bleed again.”

He added, “five years have passed since I lost my child Pendo after an election, it was such a bad thing in our life and I know today, on the 30th of August, you, Supreme Court judges are beginning the hearing of the election petition, I want to tell you to put God first and have a lot of wisdom. Don’t love money, don’t accept bribes, and instead shame the briber so that you choose peace for Kenyans. As Pendo’s father, I would not wish to see any Kenyan bleed again or lose their loved ones.”

On Wednesday, lawyers representing the 1st petition, Raila Odinga took the floor to dislodge the election of William Ruto and the 5th President.

Odinga is among those challenging the results and alleging a range of problems with the election process.

Deputy President William Ruto was declared the winner earlier this month with just over 50% of the votes. 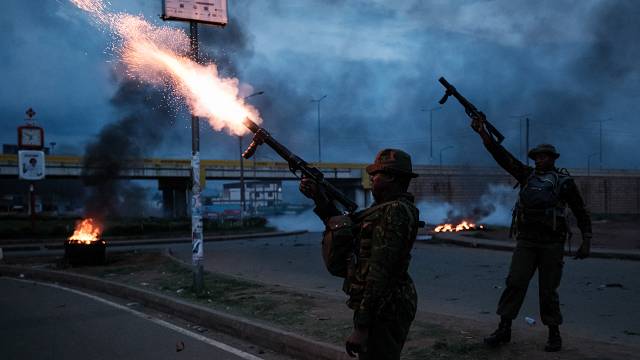 Like it? Share it!
Over 25,000 children gone missing in Africa < Previous
Onset of northern winter could see spike in COVID-19 hospitalizations, deaths Next >
Recommended stories you may like: