HomeRegionalTop NewsPolitics and Religion: My only Fears about Atupele’s Presidential Aspiration
Top News

Politics and Religion: My only Fears about Atupele’s Presidential Aspiration

As we draw closer to the election day of May 20, the citizenry anxieties are riffing with tipsy thoughts of who to vote for still the headache of the day. Though with mixed reactions, the four upfront presidential contenders have all been approved by MEC, meaning that they have met of the requirements for them to contest. This has given them emotional and psychological muscle to come closer to the electorates for votes either through true promises or masks. Atupele Muluzi is one of the big four in this election, no doubt about that.

Atupele Muluzi is the first youngest but influential presidential aspirant Malawi has ever had. It may be because of his father’s blood in him or just knowing how to play it safe and clever. Despite Uladi Mussa’s loud mouthing, Atupele is of age to contest as per Malawi’s constitution. He is 35 years, young and strong. I don’t doubt his capability to run this country; the young man appears composed and visionary. He is also clever enough to distance himself from his father’s failures. Well, truly speaking, Atupele is not Bakili; the two have different hearts beating separately and their brains reasoning independently. I also believe that Atupele has acquired the minimum education stipulated in our constitution to run for the top seat. Besides these, I still have concerns and fears about his aspiration.

One of my concerns is that although he has his own brain and heart, the father’s influence cannot be strange during his tenure just in case he wins. You and I remember that, Bakili Muluzi brought Bingu wa Mutharika on board thinking he was a puppet whom he would manipulate at will, unfortunately and fortunately to Malawians, this did not work out. We thanked God that even when we thought He had desolated us by letting UDF win again, He saw beyond the reach of our eyes and later we sung a different song. We were out of UDF’s miserable administration. This is why we should think twice when we condemn Bingu for betraying UDF. I tend to believe, that was God’s making. Bakili wanted to ring the bell from the back, thank God, the plans were frustrated.

Now, Atupele’s fate may be different in that this is his father not a stranger or ordinary person. In plain language, what I mean is, by voting Atupele Muluzi to power, we are actually reverting Bakili’s leadership. Atupele may claim to be different when he is in public and some of you would believe him, but behind the scenes, he may be discussing different plans with his father. I hope you remember Bakili saying, “anthu mukhale ndi makobidi mmatumba mwanu (I will make sure you have money in your pockets).” There was a time we should not forget; people had money but no maize in ADMARKs. People could go to bed with money in their pockets but no food to buy as a result people died of hunger. This is what Atupele has already started saying during his campaign rallies. 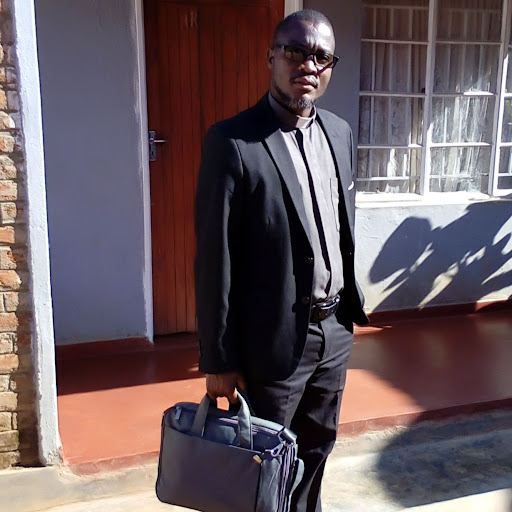 My other fear is related to religion. As we stand now, our constitution does not stipulate our nation being either, Christian, Islamic or secular but that we are a sovereign state. To me this is better and neutral and accommodative to all of us, but am afraid with the coming in of another Muluzi, things may be contrary. When Bakili was in power, making Malawi an Islamic state was one of his agendas with the covenant he made with the late Libyan president, Comrade Muammar Gaddafi but time was not on his side to finish the project but he tried. You and I remember that we didn’t have as many mosques as we have now. This was the work of Bakili Muluzi. He made sure that there is a mosque after every 10 kilometers in urban areas which he succeeded as all of you can witness. Malawi received aid from Islamic countries with such a motive behind.

Recently, you remember one Yao chief Busiri of T/A Chowe claimed that Mangochi is an Islamic state and that all pig farmers should vacate the area. Well, MAM disowned such claims but who knows what is behind the scenes, they may be saying, “be patient chief, wait until Atupele gets in power.” You may think, I am having a propaganda agenda but wait until Atu is in power and make your own evaluation. Some reports were already rife that al-Qaeda promised Atupele money for campaign if only he assures them of turning Malawi to an Islamic state. Don’t misunderstand me, I am not against Muslims, they are our brothers and sisters but I believe that we have more freedom now than having an Islamic state. With an Islamic state, Christians and other religions may not have a breathing space at all. Never in Malawi’s history did Christians and Muslims fought until when Bakili became president. The Church was burnt in Mangochi and a Mosque in Mzuzu during campaign towards 1999 general elections. This was because, Muslims thought it was now their time. It was during Bakili’s leadership when we started hearing about Al Qaeda (the militant group founded by Osama bin Laden) and Al Shabaab having a hideout in Malawi. I am afraid; this may be worse if Atupele becomes president of Malawi. Wherever Al Qaeda and Al Shabaab are, people know no peace; there are bombs and grenades in unexpected public places just to kill innocent people in the name of religion.

I believe that on this, our constitution is better being neutral than declaring Malawi, “an Islamic state.”  Atupele may rebuff this for the sake of votes but once he gets in power, you know how our presidents behave; no one will have the infantry to stop him. I would be a bit confortable if he was someone’s running mate than a presidential aspirant though he would be a president in waiting after winning election as well and ending up with the Bingu/Joyce situation.

These are my only fears. He who has ears has heard. Don’t say, no one warned you. Think about it, the choice is yours but remember that choices have consequences.

The Author Robert Masikamu blogs about Politics and Religion Issues