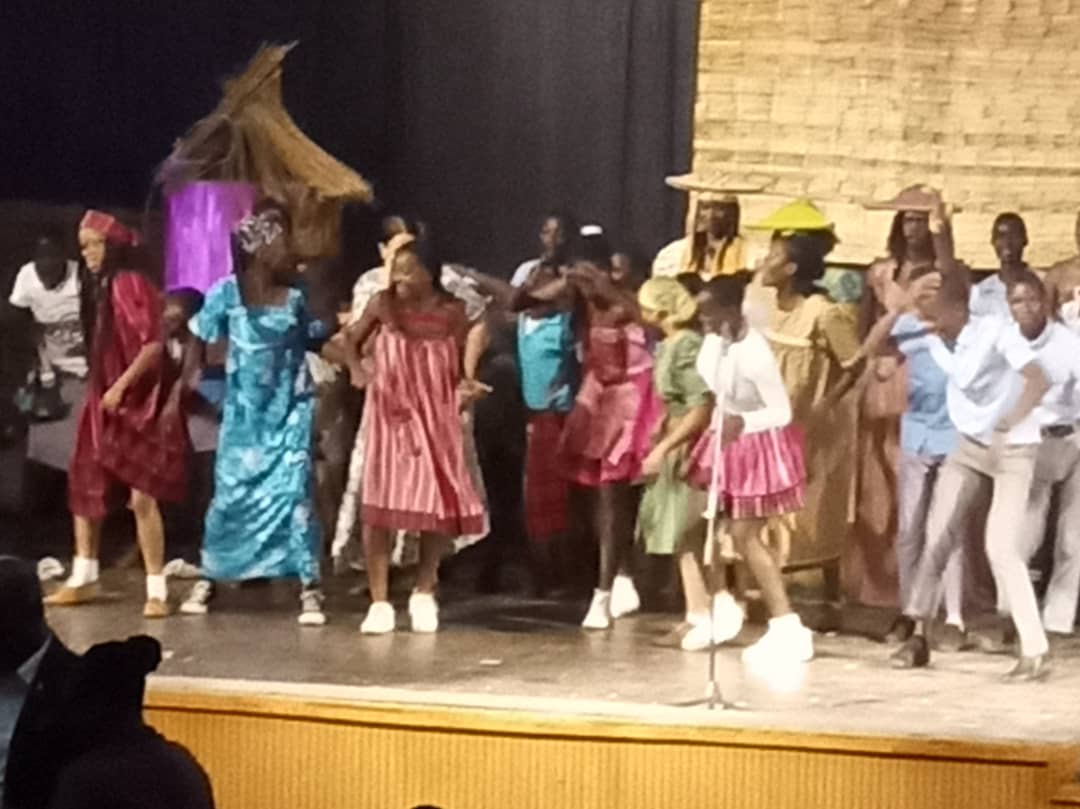 Minister of Youth and Sports Richard Chimwendo Banda recommended the event saying plays a great role in teaching the youth about where they come from,the roots that they have as Africans.

“I am so much excited with this event tonight, you see that we come from different countries in Africa but this culture shows you that we are one,similarities in food we eat, dances, song and how we celebrate.

“Region 5 has also taught us that we almost eat the same food,nobody is complaining about the food they are eating. But there is something significant about tonight’s event that our young people must be taught our roots,where we are coming from.They are sometimes confused with the western culture, I am not saying it’s bad but they must first observe theirs”.

He added, “Let me also take this opportunity to say that I am happy as a minister that the games have been going on smoothly despite some hiccups we firstly faced in the beginning of the games.

“Technical team has worked tirelessly to make sure all facilities eyemarked for the games have worked including the magnificent Aquatic complex which is the first of its kind in the country and of course one of the biggest in SADC region”.

Region 5 Youth games Chairman who is also the Chief Executive Officer for Region 5 Organizing Committee Stanley Mutoya said the games have been going on well and that over 1,500 athletes who have gathered in the country are excited.

“We have achieved so much,medals have started being recorded, results coming in and record being broken. For us Sports goes beyond just competition and medals,sports looks also in social development, lots of jobs both permanent and temporary were created, infrastructures not just sporting. But roads,internet connectivity, water articulation and power generation which have transformed lives of people in the country.

“We are living a legacy as we leave on Monday,as many people will remember that during the Region 5 games they invested in their businesses hence we are leaving Malawi on Monday with our hearts very happy,looking at the developments which have happened in hospitals, Colleges, Universities and that is what we are taking home as we are not only focusing Sports”, Mutoya said.

Meanwhile South Africa are dominating in many Sporting codes, having won 70 medals, 36 are gold,18 Silver and 16 are bronze medals.

The host Malawi have failed to use home ground advantage as they only managed to win 16 medals with 2 gold, 7 Silver and 7 Bronze.

The 10th edition of Region 5 Youth games Lilongwe 2022 games will end on December 11.