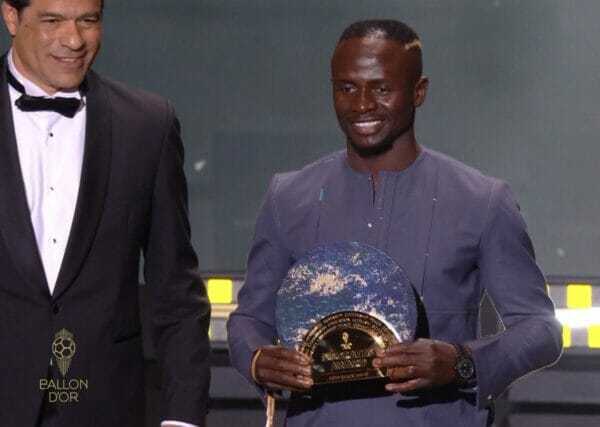 Senegal’s Sadio Mané has been awarded for his humanitarian works in his home country.

He becomes the first recipient of the prize which commemorates football players’ achievements off the pitch.

He has also invested nearly a million dollars in the building of infrastructure, including a school back in Senegal.

The Bayern Munich winger also offers each family in his home village a monthly support package of almost $70 and has also awarded nearly $400 bonus to the top pupils in the village high school.

The 30 -year-old became the second African player to come very close to winning the trophy since George Weah’s triumph in 1995.