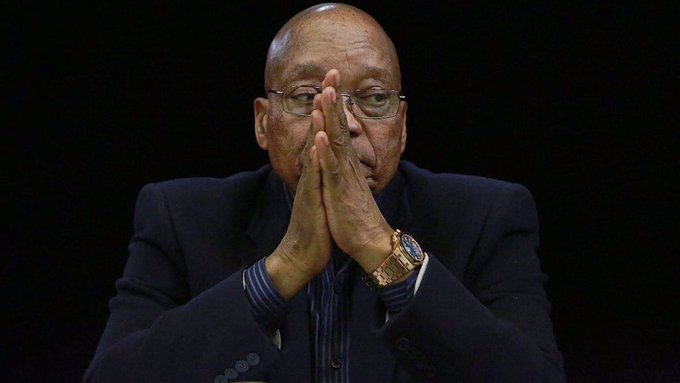 The corruption trial of South Africa’s former President Jacob Zuma will now take place on May 26, 2021.

The trial was pushed back from Monday to next week where a formal plea will be entered, according to prosecutors.

Mr. Zuma is however expected to plead not guilty as he stands trial over an arms deal.

He is facing 16 counts of corruption relating to a multi-billion-dollar arms deal.

A total of 217 witnesses are expected to testify against him, according to prosecutors.

Zuma’s corruption charges were first filed against him in 2005 when his financial adviser, Schabir Shaik, was jailed for fraud and corruption.

Mr Zuma went on trial in 2006 but the case collapsed when the prosecution said it was not ready to proceed more than a year after he was charged.


Following series of agitations from Zuma’s critics and political opponents South Africa’s High Court reinstated the charges in 2016 and Mr Zuma lost a Supreme Court appeal to overturn them.

The case centres on an arms deal with French arms company Thales that was meant to modernise South Africa’s defence in the late 1990s.

Both Mr Zuma and the company have denied the charges which include fraud, racketeering and money laundering.

Mr Zuma’s supporters gathered outside the Pietermaritzburg High Court ahead of his appearance.

Zuma ‘displays gun’ at home after court orders his arrest