HomeOpinionThey are losing it
Opinion

They are losing it 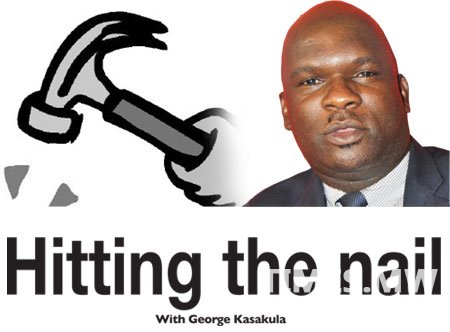 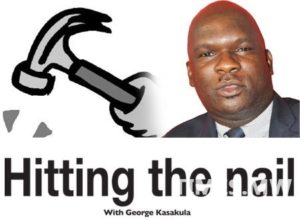 The quickest sign that someone is losing the moral argument is the threat of violence that they throw at their opponents.

President Peter Mutharika and his government have been cornered. They know they are many in government, including Cabinet ministers, who are engaging in corrupt practices in broad daylight.

At the risk of angering his own corrupt ministers, the President validated this on Monday in Ntcheu when he said he knows corruption is on the rise.

The President and his government know Malawians are not stupid not to know that government has become a rollercoaster and gravy train for the get-rich-quick type.

How can they explain, for example, whether it is possible in this treacherous economy for an individual that is on K300,000.00 State House salary, as a presidential aide, or minister to build a compound of top end houses which can only be occupied by either diplomats or those in the UN system.

But this is the new order among ministers and top government officials in this government. They have found a new way of personal development. They are now building houses in Area 43, 49 and God- knows-where-else, not in ones, like you and me, but in five, ten, twenty and 30, all in one compound.

And faced with queries from citizenry that is wide awake, at first the DPP government resorted to hiding who is responsible for skimming Malawians of K577 billion (they want us to quote K236 billion after the second audit sweated to reduce the figure) using a conspiracy of government agencies headed by individuals who are more interested in keeping their jobs than serving the public.

After seeing that some noble Malawians such as Kamlepo Kalua will not rest until the seven ministers believed to be among those who stole taxpayers’ money are named and shamed, the President resorted to threats by giving ultimatums.

When this failed, the grand old DPP is back and this time with threats of the only weapon it knows better than anybody and it is violence.

DPP regional governor for the South told Malawians last week that from now onwards the youth cadets have taken over answering to the President’s critics such as Kamlepo Kalua.

Now the DPP cadets are only known not for using their heads with sound arguments but their hands armed with pangas to silence critics of the ruling party.

So, countrymen, brace for bloodshed and, of course, unexplained deaths of innocent people whose only crime is asking for fairness and justice as well as prudent use of the national kitty.

Not that this is surprising. It is just that DPP is disappointing to those who voted for it in 2014 who believed that perhaps with a new leadership on top, it has reformed.

But when all is said and concluded the DPP leaders such as Charles Mchacha and Patricia Kaliati must know one thing.

The fact that they are in government at the moment does not mean this country belongs to them or the President alone as if it is a private estate.

It rather belongs to all Malawians. On June 14, 1993 these Malawians voted for a multiparty system of government.

Among the many freedoms that those who braved a chilly June that morning wanted was freedom of speech as well as transparency and accountability on those who live on taxpayers’ money.

Malawians cannot be silenced and subdued into submission using threats of violence.

Today, DPP with characters such as Mchacha might be in power and believe that they control everything and issue threats to Malawians that do not agree with them.

Yet the reality of the matter is that in the multiparty dispensation, no party will rule forever.

There will come a time that someone in DPP will answer for the violence that has been unleashed on innocent Malawians, some even leading to the early graves.

These threats of violence have to stop. Malawi belongs to all Malawians.

Share
Facebook
Twitter
Pinterest
WhatsApp
Previous article
Malawi politics: Of a ‘Moses’ hoping from one alliance to another towards the ‘promised land’
Next article
Landslide victory for Rev Levy Nyondo in Malawi Livingstonia Synod bloody elections