You are here: Home » Malawi » Health » WHO report highlights global shortfall in investment in mental health

WHO report highlights global shortfall in investment in mental health 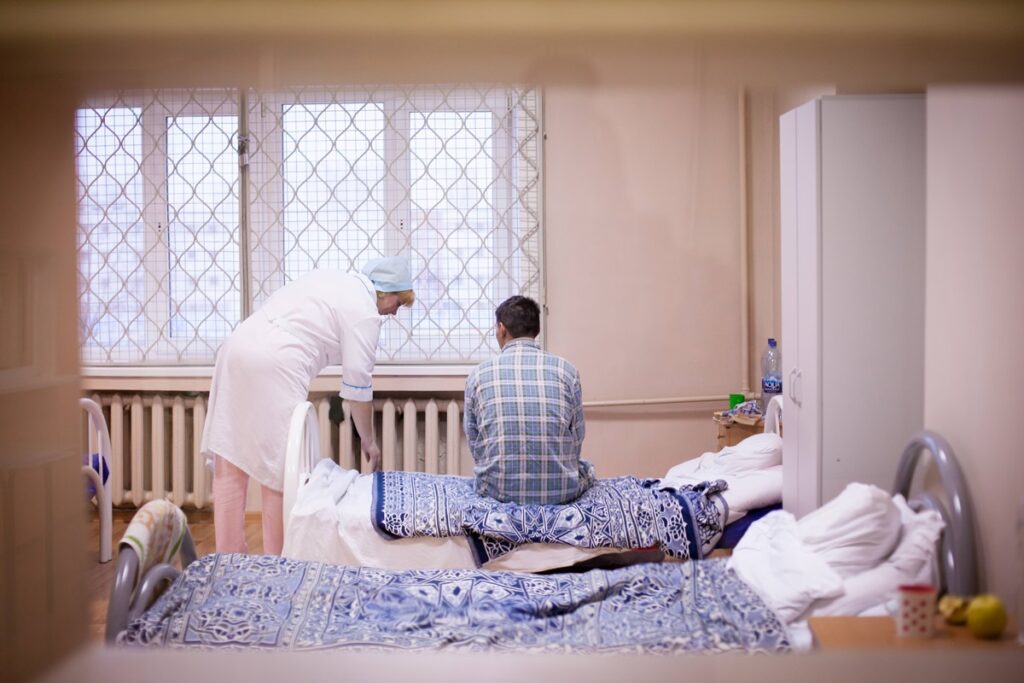 The World Health Organization’s new Mental Health Atlas paints a disappointing picture of a worldwide failure to provide people with the mental health services they need, at a time when the COVID-19 pandemic is highlighting a growing need for mental health support.

The latest edition of the Atlas, which includes data from 171 countries, provides a clear indication that the increased attention given to mental health in recent years has yet to result in a scale-up of quality mental services that is aligned with needs.

Issued every three years, the Atlas is a compilation of data provided by countries around the world on mental health policies, legislation, financing, human resources, availability and utilization of services and data collection systems. It is also the mechanism for monitoring progress towards meeting the targets in WHO’s Comprehensive Mental Health Action Plan.

“It is extremely concerning that, despite the evident and increasing need for mental health services, which has become even more acute during the COVID-19 pandemic, good intentions are not being met with investment,” said Dr Tedros Adhanom Ghebreyesus, Director-General of the World Health Organization. “We must heed and act on this wake-up call and dramatically accelerate the scale-up of investment in mental health, because there is no health without mental health.”

Lack of progress in leadership, governance and financing

None of the targets for effective leadership and governance for mental health, provision of mental health services in community-based settings, mental health promotion and prevention, and strengthening of information systems, were close to being achieved.

In 2020, just 51% of WHO’s 194 Member States reported that their mental health policy or plan was in line with international and regional human rights instruments, way short of the 80% target. And only 52% of countries met the target relating to mental health promotion and prevention programmes, also well below the 80% target. The only 2020 target met was a reduction in the rate of suicide by 10%, but even then, only 35 countries said they had a stand-alone prevention strategy, policy or plan.

Steady progress was evident, however, in the adoption of mental health policies, plans and laws, as well as in improvements in capacity to report on a set of core mental health indicators. However, the percentage of government health budgets spent on mental health has scarcely changed during the last years, still hovering around 2%. Moreover, even when policies and plans included estimates of required human and financial resources, just 39% of responding countries indicated that the necessary human resources had been allocated and 34% that the required financial resources had been provided.

Transfer of care to the community is slow

While the systematic decentralization of mental health care to community settings has long been recommended by WHO, only 25% of responding countries met all the criteria for integration of mental health into primary care. While progress has been made in training and supervision in most countries, the supply of medicines for mental health conditions and psychosocial care in primary health-care services remains limited.

This is also reflected in the way that government funds to mental health are allocated, highlighting the urgent need for deinstitutionalization. More than 70% of total government expenditure on mental health was allocated to mental hospitals in middle-income countries, compared with 35% in high-income countries. This indicates that centralized mental hospitals and institutional inpatient care still receive more funds than services provided in general hospitals and primary health-care centres in many countries.

There was, however, an increase in the percentage of countries reporting that treatment of people with specific mental health conditions (psychosis, bipolar disorder and depression) is included in national health insurance or reimbursement schemes – from 73% in 2017 to 80% (or 55% of Member States) in 2020.

More encouraging was the increase in countries reporting mental health promotion and prevention programmes, from 41% of Member States in 2014 to 52% in 2020. However, 31% of total reported programmes did not have dedicated human and financial resources, 27% did not have a defined plan, and 39% had no documented evidence of progress and/or impact.

The global median number of mental health workers per 100 000 population has increased slightly from nine workers in 2014 to 13 workers per 100 000 population in 2020. However, there was a very high variation between countries of different income levels, with the number of mental health workers in high-income countries more than 40 times higher than in low-income countries.

“The new data from the Mental Health Atlas shows us that we still have a very long way to go in making sure that everyone, everywhere, has access to quality mental health care,” said Dévora Kestel, Director of the Department of Mental Health and Substance Use at WHO. “But I am encouraged by the renewed vigour that we saw from governments as the new targets for 2030 were discussed and agreed and am confident that together we can do what is necessary to move from baby steps to giant leaps forward in the next 10 years.”

The Atlas is being released in the lead-up to World Mental Health Day on 10 October, for which the focus this year is scaling up access to quality mental health care.