You are here: Home » Opinion » Why Nigeria’s States Will Struggle To Collect VAT By Cheta Nwanze

The Federal Inland Revenue Service, on behalf of Nigeria’s federal government, has been locked in a legal tussle with the Rivers and Lagos state governments over the collection of value-added tax. In the last few minutes, a VAT collection Bill, similar to the aforementioned two states, has passed the second reading in the Ogun State House of Assembly. It is going to become a law.

The return to civilian rule in 1999 gave some states, starting with Lagos, the courage to challenge the Federal Government on various parts of tax collection. After Lagos lost on a technicality at the Supreme Court in 2014, it kind of relaxed, but now that the Rivers State Government has successfully challenged the powers of the Federal Government to collect the VAT, Lagos is back on the hunt. I expect the current kerfuffle to go all the way to the Supreme Court, and even at that, I think that there will be movements in terms of trying to change certain laws after the apex court has delivered a ruling. 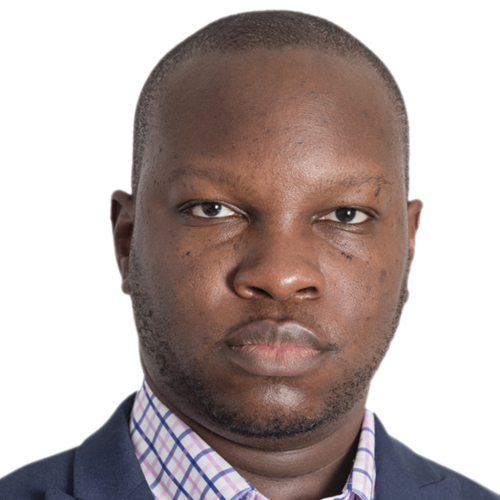 At the base of this rumble is a lingering battle for legitimacy by the Nigerian state, symbolised by the federal government. One of the ways Nigeria is being slowly restructured can be seen in the manner in which its federating units are steadily gnawing at the Federal Government and usurping authority for themselves while the latter looks on almost helplessly. The outbreak of the coronavirus pandemic in Nigeria in early 2020 ushered in an opportunity that some state governors took advantage of. When the Federal Goverment moved to lock down Lagos, Abuja and Ogun at the end of March 2020 as a means of curtailing the spread of the virus, other state governments took matters into their own hands and locked down their states. The pandemic coordination efforts were largely spearheaded by the Federal Government under the leadership of the Secretary to the Government of the Federation, Boss Mustapha, but one could witness how governors damned federal authority. Cross River and Kogi for instance refused to test for the virus and despite all anecdotal evidence to the contrary, consistently declared that the virus did not exist in their states. As a result, the NCDC did not get Covid data from those states. Furthermore, the manner in which the lockdowns were enforced by the states gave a window into how state policing would be implemented – the very same abrasive, rash and blanket use of force that we have come to know and love is to be expected from state police forces.

This battle for legitimacy will also be felt in the area of tax collection. International financial institutions like the World Bank and the IMF have entrenched a belief that Nigerians do not pay tax, or that taxation is only focused on the formal sector. Nigerians have also parroted this for years. However, recent findings from SBM Intelligence showed that Nigerians are among the most overtaxed in the world, and this is important. There is a world of difference between not wanting to pay tax at all yet going ahead to pay, and not wanting to pay tax and successfully evading tax. Nigerians pay tax, but to whom? While the state is focused on taxing the formal sector, the informal sector is being taxed by non-state actors, most of them armed and out of control. In Lagos – the state with the largest contributor to the VAT purse – there is a huge tax base not controlled by the government, but by area boys who shake down business owners and remit very little to the state coffers while the government looks the other way. Perhaps this is the state government’s own way of creating employment for many young people in the state who would otherwise have nothing to do. This however means that the state has subcontracted its basic authority to non-state actors, a sign of its receding legitimacy.

In areas outside Lagos, the political implication of this fight for, or loss of legitimacy, is seen in multiple ways – Nigeria loses vast areas of its territories to armed groups that have more or less assumed state functions. The Islamic State West Africa Province demonstrates this fact ever so clearly. In areas around Lake Chad, it has set up a rival government and appointed emirs to oversee various state functions such as the enforcement of and collection of taxes such as cattle and farm taxes. ISWAP’s success is largely predicated on providing what the Nigerian state has failed to provide for people under its control – a social contract, social amenities and a form of security. Despite the near-constant air raids by the Nigerian military, ISWAP has been able to do one thing right: provide security and relative stability for people under its control. It did that simply by not antagonising those who accepted its way of life, but by choosing rather focus its insurgency on the Nigerian military. There are other groups that are doing similar stuff in other parts of the country. Proto-states if you like.

The struggle over VAT will lead to many consequences – some intended. What is not being seen amidst the banal noise is the possibility of states struggling to raise VAT in the near future for one single reason: at the beginning of the life of a state, the state has a lot of believers, and thus little or no problems raising revenue. At that point, it can easily meet up with its basic task – providing security and stability. As the population expands and the state grows, it may struggle to maintain control if it loses legitimacy, thus depleting its revenue sources. It is ironic because a rapidly expanding population should provide the basis for increased revenue. States that are unable to maintain legitimacy struggle to raise revenue, opening up vacuums for non-state (not necessarily violent) actors to fill. When such people fill such vacuums, they tend not to give back such proceeds to the state because they feel they have done the work the state failed to do for them. The state does not think so, and thus resorts to the use of force to extract tax. This reinforces the crisis of legitimacy as the people at the receiving end of that force are left with no other option but to perceive the state as an illegitimate entity.

Nigerian states have not put the necessary mechanisms in place to extract VAT, and the federal government will continue to focus its attention on the formal sector. The only state which appears to have this under control is Lagos but its dependence on louts to extract tax reduces its legitimacy in the eyes of its people.

The VAT debate is great for all of us as the centralised Nigerian structure has clearly failed. But underneath it all is a crisis of legitimacy for Nigeria’s states, perhaps best put in words by the Ebonyi state governor, David Umahi (who supports FIRS) when he said, “Our very weak states must be taken care of before we say let everybody control their resources.”

I do not believe that the states at the forefront of this push have sat down to count the cost.

Nwanze is a partner at SBM Intelligence

Like it? Share it!
Haiti prosecutor asks judge to charge, probe PM in slaying < Previous
Who Promoted Dr. Isa Ali Ibrahim Pantami To The Rank Of Professor….? By Dr. Nasir Mansir Next >
Recommended stories you may like: