You are here: Home » Opinion » Who Promoted Dr. Isa Ali Ibrahim Pantami To The Rank Of Professor….? By Dr. Nasir Mansir

Who Promoted Dr. Isa Ali Ibrahim Pantami To The Rank Of Professor….? By Dr. Nasir Mansir

Professorship is only attained by active academics who devoted their time for teaching and research in the University. Besides, there are certain steps that are followed before any one in academia is promoted to the rank of Professor. Someone need to pass through the ranks like every other professional cadre.

In the University promotion system, an academic needs to attain the rank of Senior lecturer, Reader and then Professor after having published the required number of scholarly articles in his research area. Time in rank is also important for promotion to the next rank in academia particularly University, it is usually three years between the successive ranks. 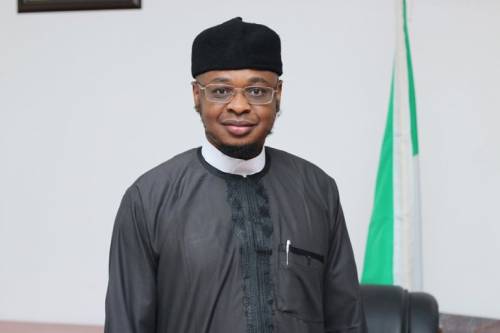 For anybody to be promoted to the rank of professor, he/she needs at least ten years teaching and research experience in the University. Dr I sa Ali Pantami has not been active in academia for more than six years now.

In order to do justice to Dr Pantami, with regards to the recent rumour of been promoted to the rank of Professor, I run a background check on popular scholar indexed citations website such as Google Scholar and Research Gate to see his recent scholarly contribution on cyber security but found little or insufficient to qualify him to be promoted to the rank of Professor. Dr Pantami as a modern scholar has only Research Gate account with only 23 citations and  Research Gate score of 3.66.

Academic publications are entirely different to the other forms of publications public figures such as Hon Minster Dr Isa Ali Pantami presented during meetings or retreats. Articles are accepted as scholarly articles after passing through different vigorous blind reviews by professionals in different acadmic profession before been publiahed. In fact most of the standard journals reject more articles than they are accepted for publications.

I am not in anyway trying to demean Dr Isa Ali Pantami, in fact I am personally his fan, but when it comes to something very critical as this one, we need to ask questions.

My question is that, who promoted Dr Isa Ali Pantami to the rank of Professor?

Like it? Share it!
Why Nigeria’s States Will Struggle To Collect VAT By Cheta Nwanze < Previous
Angola ex-President Dos Santos returns home months before election Next >
Recommended stories you may like: