You are here: Home » Development » 18 million in Africa’s Sahel on ‘the brink of starvation’

18 million in Africa’s Sahel on ‘the brink of starvation’

Food insecurity is set to reach its highest level since 2014, warned the UN Office for the Coordination of Humanitarian Affairs (OCHA).

Lean season in the #Sahel is approaching. Millions of people are being driven to the fringes of survival.

In Burkina Faso, Chad, Mali and Niger, the situation has reached alarming levels.

There is no time to lose. We must act now to save lives. pic.twitter.com/CdEaQQUdKM

“Entire families in the Sahel are on the brink of starvation,” said Martin Griffiths, UN Humanitarian Affairs chief and Emergency Relief Coordinator. “If we don’t act now, people will perish”.

In the Sahel, 7.7 million children under five are expected to suffer from malnutrition, of which 1.8 million are severely malnourished.

And if aid operations are not scaled up, this number could reach 2.4 million by the year’s end.

“A combination of violence, insecurity, deep poverty and record-high food prices is exacerbating malnutrition and driving millions to the fringes of survival,” said the humanitarian affairs chief.

The situation has reached alarming levels in Burkina Faso, Chad, Mali and Niger, where almost 1.7 million people will experience emergency levels of food insecurity during the lean season between June and August.

In the emergency level – technically referred to as IPC phase 4 – households experience “large gaps” in food consumption; high levels of acute malnutrition and associated deaths; and families sell off items needed for their lives and livelihoods, such as farm tools.

“The recent spike in food prices driven by the conflict between Russia and Ukraine is threatening to turn a food security crisis into a humanitarian disaster,” said the Emergency Relief Coordinator.

‘No time to lose’

OCHA has released $30 million from the Central Emergency Response Fund (CERF) to help meet most urgent food security and nutrition needs in the four States: $6 million for Burkina Faso and $8 million each for Chad, Mali, and Niger.

CERF is a mechanism through which donors pool their contributions in advance, allowing humanitarian agencies to provide initial, life-saving assistance when crises strike while awaiting additional funding.

“There is no time to lose,” said Mr. Griffiths. “Lives are at stake. This injection of cash will help agencies on the ground scale up the emergency response to help avoid a catastrophe”.

This latest contribution brings to almost $95 million the funding amount channelled through CERF to the Sahel since the beginning of the year.

Other recent allocations were made for Mauritania, $4 million; and Nigeria, $15 million.

The humanitarian chief reminded that CERF is no substitute for “the more substantial donor contributions we need to maintain our response and help build resilient communities.”

Earlier this year, the humanitarian community launched six humanitarian appeals in the Sahel for a total of $3.8 billion to provide aid throughout the region for 2022.

However, halfway through the year, the appeals are less than 12 per cent funded. 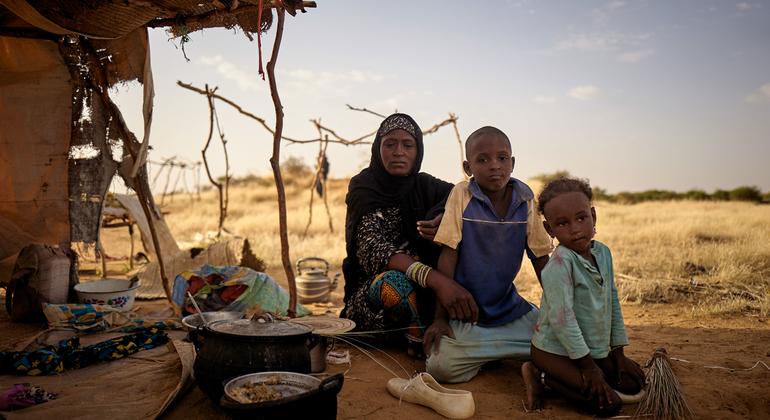 Like it? Share it!
Morocco inaugurates historic Jewish cemetery after rehabilitation < Previous
African Development Bank Board approves $1.5 billion facility to avert food crisis Next >
Latest News From Malawi
Headlines From: The Maravi Post