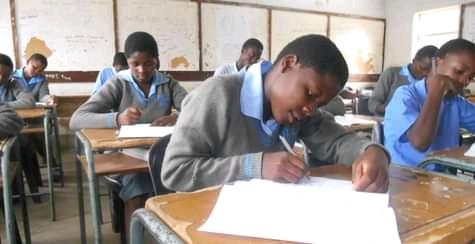 BLANTYRE-(MaraviPost)-It has been revealed that some form 4 students in the country will not be able to sit for 2022 Malawi School Certificate of Education (MSCE) Examinations due lack of examination fees and failure to meet the examination fee payment deadlines.

In a random interview, Maravi Post has found that most schools in Mulanje district,students have not yet paid their examination fees despite their schools forcing them to pay before the datelines.

The situation that will lead many of the students repeat the classes or drop out of school.

For instance, at Chisitu Community Day Secondary School in the district, most of the students have openly revealed that they will not sit for the examinations because their parents cannot afford paying them the examination fees which are very high as compared to those of the previous years.

One of the students at the school who insisted her name to be mentioned complained that she has given up on writing the paper over exams fees increases.

She said could have managed to pay on her own her own if the amount was at reasonable level.

The female student added that she recently received a call from her parents who left her alone, Informing her that she will not write the exams saying do not have money to pay for her examination fee.

“My parents left me with my two sisters. I have been raised by them but they can’t afford pay for the examination fee.

“My parents called me yesterday, saying the do not have money to pay for examination fee. They said I should either repeat or drop-out. I am in dilemma,” she complained.

MANEB pegged their examination fees close to MK26,000- MK30,000 depending on whether one has taken science lane or humanity lane.

This year’s Malawi School Certificate of Education Examinations will start on August 16, 2022.