You are here: Home » Regional » Amanda Gorman: The 22-year-old poet at Biden’s inauguration 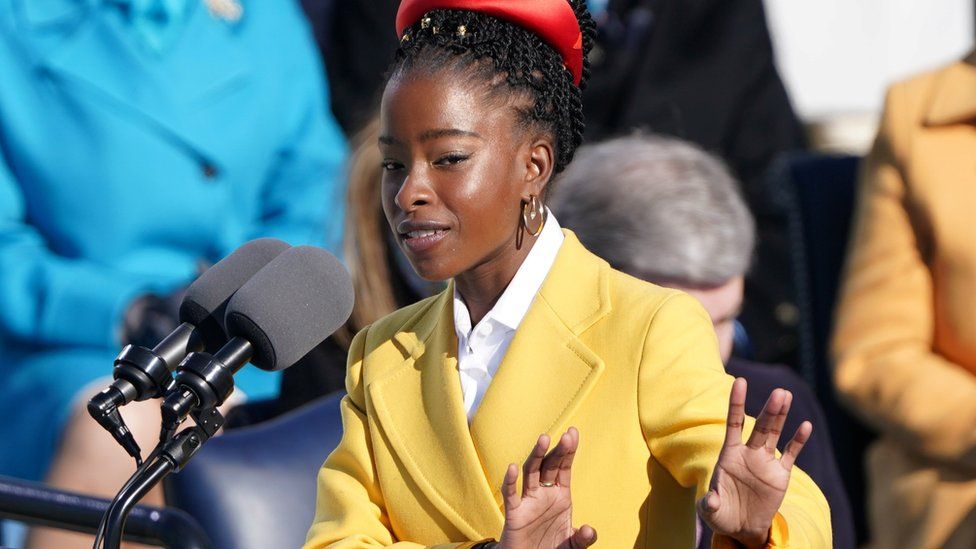 Amanda Gorman “screamed and danced her head off” when she found out she had been chosen to read one of her poems at Joe Biden’s inauguration ceremony.

At the age of 22, the Los Angeles-born writer and performer is the youngest poet to perform at a presidential inauguration.

She told the BBC’s World Service she felt “excitement, joy, honour and humility” when she was asked to take part in the ceremony, “and also at the same time terror”.

Her poem, The Hill We Climb, is a new composition she said she hoped would “speak to the moment” and “do this time justice”.

“I really wanted to use my words to be a point of unity and collaboration and togetherness,” she told the World Service’s Newshour programme before the ceremony.

“I think it’s about a new chapter in the United States, about the future, and doing that through the elegance and beauty of words.”

Gorman completed her poem on 6 January, the day the Capitol in Washington DC was stormed by supporters of former President Donald Trump.

Her poem speaks of “a force that would shatter our nation rather than share it” and “destroy our country if it meant delaying democracy”.

It continues: “This effort very nearly succeeded/But while democracy can be periodically delayed, it can never be permanently defeated.”

She told the New York Times: “Now more than ever, the United States needs an inaugural poem. We have to confront these realities if we’re going to move forward.”
Source

Like it? Share it!
I’m A ‘Herdsman’ — All Herdsmen Are Not Bandits, By Fredrick Nwabufo < Previous
Joe Biden takes the helm as 46th US president Next >
Latest News From Malawi
Headlines From: The Maravi Post