You are here: Home » Regional » Angola President’s son in-law-Dokolo jailed one year in DRC for fraud 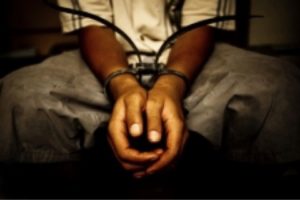 KINSASHA-(MaraviPost)- The son-in-law of Angola’s President, Sindika Dokolo on Friday, was sentenced to a one-year jail term in the Democratic Republic of Congo (DRC), for being found guilty of fraud.

Dokolo who is married to President Eduardo Dos Santos’s daughter Isabel, along with his co-accused and brother Luzolo, did not attend the court hearing over a property dispute at the time judgment was passed.

The convict Dokolo, told the BBC that the conviction was politically motivated, and said he will appeal against the one-year jail term.

Dokolo’s conviction comes amid sour relationship between him and DRC President Joseph Kabila.

Dokolo, who is a keen art collector, has repeatedly criticized President Kabila and signaled his support for the opposition figure Moise Katumbi.

Relations between Angola’s President Eduardo Dos Santos and President Kabila, soured as the Congolese leader signaled his reluctance to step down after 16 years in power.

President Dos Santos, who has been in power in oil-rich Angola since 1979, is not seeking re-election in the August election.

Dokolo’s wife studied electrical engineering at King’s College in London, and appointed by her father as head of the state oil company, Sonangol.

She also owns large stakes in many of Angola’s strategic industries, including diamonds, banking, media, and telecommunications, with large parts of her business empire based in Portugal.

Like it? Share it!
Archbishop Ziyaye Celebrates Silver Jubilee Saturday < Previous
Malawi Vice President Dr. Saulos Chilima in basketball fundraiser; marvel to watch Next >
Recommended stories you may like: