You are here: Home » Lifestyle » Clashes at Paris protest over virus passes

Protesters clashed with police in Paris on Saturday at a rally against a bill requiring everyone to have a special virus pass to enter restaurants and other venues and mandating COVID-19 vaccinations for all health care workers. Legislators in France’s Senate are debating the bill Saturday after the lower house of parliament approved it Friday. French virus infections are spiking and hospitalizations are rising anew. The government is trying to speed up vaccinations to protect vulnerable populations and hospitals and avoid new lockdowns. Most French adults are fully vaccinated and polls indicate a majority of French people support the new measures. Remaining members of France’s yellow vest movement, largely from political extremes, are also using the virus bill to try to rekindle its flame. The movement started in 2018 as a broad uprising against perceived economic injustice and led to months of protests marked by violence between demonstrators and police, but subsided after the French government addressed many of the protesters’ concerns. 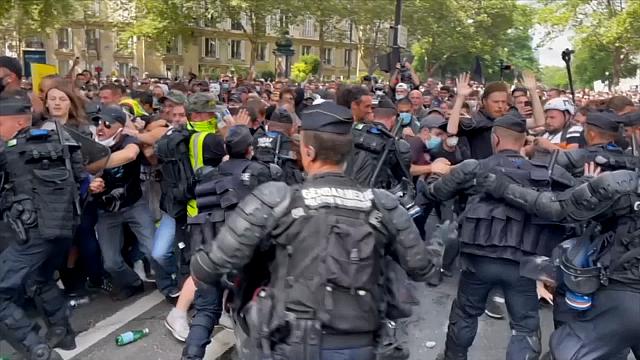 Like it? Share it!
‘Lack of global solidarity’, slow vaccination rates put Indonesia in COVID glare < Previous
Why Lagosians Are Boycotting The Ongoing Local Council Elections By Kunle Wizeman Ajayi Next >
Recommended stories you may like: