At least 11 civilians met violent deaths on an exposed section of road as defeated Russian forces retreated from the outskirts of the eastern Ukrainian town of Kupiansk. Ukrainian troops, who found the group of destroyed civilian cars with dead, and in some cases burned, bodies in them, said they believed Russian troops had attacked a civilian convoy. The discovery comes on the same day that a Russia attack on a transit centre near Zaporizhzhia killed at least 25 civilians, also in a convoy. “One car was set of fire” says a soldier known as ‘Filya’, “and it’s impossible to recognise the people.” 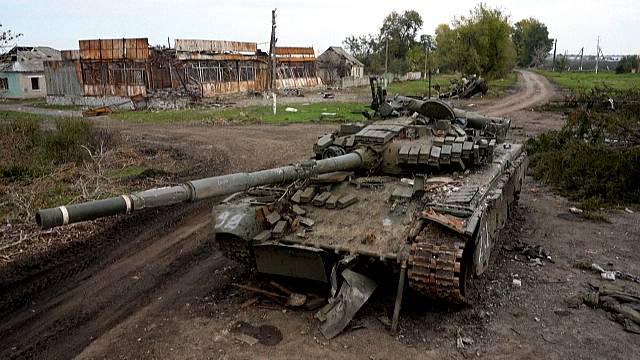 Like it? Share it!
Burkina Faso: UN chief condemns any attempt to seize power by the force of arms < Previous
Ralph Kasambala mocks Chizuma’s blatant incompetence-“She is just a crying baby” Next >
Recommended stories you may like: