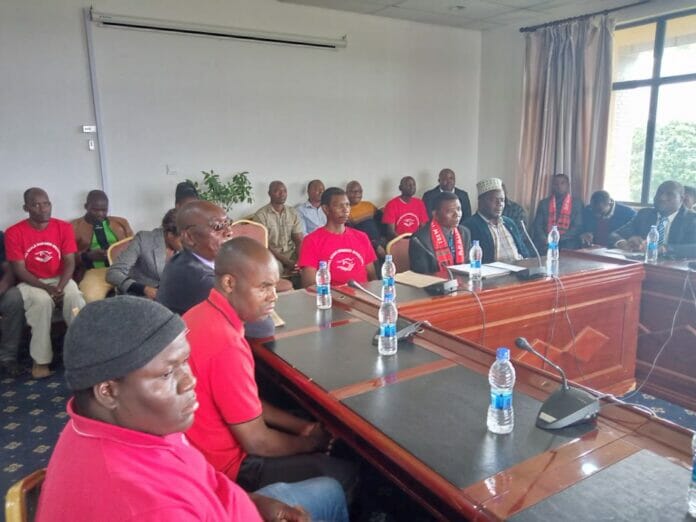 LILONGWE-(MaraviPost)-Small Scale Business Operators (SSBO) has threatened to use panga’s to remove refugees and asylum seekers from town accusing them of monopolizing businesses.

Mulimbula complained that refugees and asylum seekers have inherited all the local businesses crippling the Malawian business.

He however blamed Lilongwe City Council (LCC) for issuing business licenses to asylum seekers fueling the ordeal in the city.

Mulimbula observes that corruption has engulfed the mindset of senior officials who are pocketing money from the asylum seekers to continue staying in the country.

Chairperson for the committee Ben Phiri assured the grouping to remove the asylum seekers and the refugees within its mandate.

Phiri therefore asked the grouping to wait on the committee’s intervention before the association takes the law into its hands.

He observes that there is a need for the asylum to be sent to their homes as currently no country is facing war.

On his part, LCC Mayor, Richard Banda argues that there is no procedure to differentiate between foreigners and Malawians.

Banda said it is very difficult to trace the foreigners arguing that are registered in Malawians names that their business are registered by the ministry of trade.

He therefore called for joint operation between Police LCC, Ministry of trade and parliamentary committee to sweep away Asylum seekers and refugees in the city.