In its latest update, the World Health Organization (WHO) attributed the uptick to “substantial” caseload increases of 33 per cent in the Western Pacific and 37 per cent in the Eastern Mediterranean – where coronavirus fatalities also rose 48 and 31 per cent, respectively.

The number of deaths in the four remaining WHO regions of Africa, Americas, Europe and South-East Asia was in keeping with previous weeks, apart from the Americas, which dropped 29 per cent.

“In late May, I called for global support for a “sprint to September”, to enable country to vaccinate at least 10% of its population by the end of September. We’re now more than halfway to that target date, but we’re not on track”-@DrTedros #VaccinEquity https://t.co/seH42FR9rg

Africa and Europe witnessed a two per cent decrease in COVID-19 deaths, while South-East Asia registered a three per cent increase, according to WHO’s COVID-19 Weekly Epidemiological Update.

Overall, the total number of reported cases is around 197 million and with 4.2 million deaths worldwide.

Ranked by country, the United States topped the number of new infections over the past week, with 543,420 new cases, a nine per cent jump, followed by India, which had 283,923 new cases and a seven per cent increase.

While Alpha variant infections have been reported in 182 countries, the Delta variant has been confirmed in three new countries, infecting a total of 135 nations.

By region, WHO said that Africa – now in the grip of its third coronavirus wave – had reported similar numbers of weekly cases and deaths as the previous seven-day period, with just over 182,000 new cases and more than 4,800 new deaths.

Nonetheless, the UN agency explained that the overall regional decrease in confirmed weekly infections and deaths on the continent since the middle of July is still being driven by falling numbers in South Africa, which dwarfed the 13,268 new cases in Mozambique over the past seven-day period.

Brazil experienced 7,120 fatalities, making it the highest numbers of deaths in the region, followed by Mexico with 2,502 deaths and 2,455 in the United States.

In the Eastern Mediterranean, as increase in cases and deaths were mainly driven by Iran, where new infections were rose to more than 206,000; Iraq with 83,098 cases; and Morocco, which witnessed 48,366 new cases.

After more than a month of increases in COVID-19 infections and deaths, Europe saw a drop in weekly cases – driven by decreases in Spain and the UK.

IOM are providing newly arrived migrants with emergency shelter and assistance on the Canary Islands.

While the number of weekly deaths remained stable, at 22,000 in South-East Asia, new infections topped 841,000.

In addition to an increase in India, Indonesia saw 273,891 new cases while Thailand registered more than 118,000 new infections. These three countries accounted for 80 per cent of new cases reported in the region.

In the Western Pacific, WHO reported that Japan and Malaysia drove a spike in infections while attributing an increase in deaths largely to Malaysia (1,122 new deaths) and Viet Nam (936). 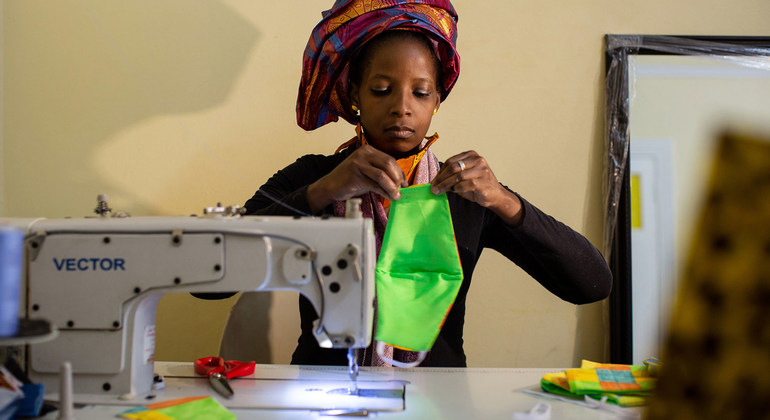