You are here: Home » Lifestyle » Libya and Turkey sign economic and maritime deals One of Libya’s rival governments signed preliminary economic and maritime deals with Turkey on Monday.

The move has increased tensions with Libya’s other administration based in the east.

Monday’s memorandums of understanding pave the way for further bilateral cooperation in the hydrocarbon and oil sectors.

Both countries agreed to mobilise international efforts on a roadmap for Libyan elections.

“We stress the need for the international community to carry out its duties towards Libya more seriously and with more awareness, and to deal firmly (with) and firmly against the countries obstructing the peaceful and democratic process in Libya”, said Libyan Foreign Minister, Najla Mangoush.

Turkey has been a prominent backer of Libya’s Tripoli-based government, headed by Abdul Hamid Dbeibah.

“First of all, the Hydrocarbon Agreement that we just signed aims to allow cooperation between Turkish companies and Libyan companies (in areas, ed.) such as exploration and drilling with a “win-win” understanding in our maritime jurisdictions both on land and at sea”, said Mevlut Cavusoglu, Turkish Foreign Minister.

Libya has been in chaos since a NATO-backed uprising toppled and killed long-time dictator Muammar Gadhafi in 2011.

For years the country has been split between rival administrations, one based in the east and the other one in the west, each supported by rogue militias and foreign governments. 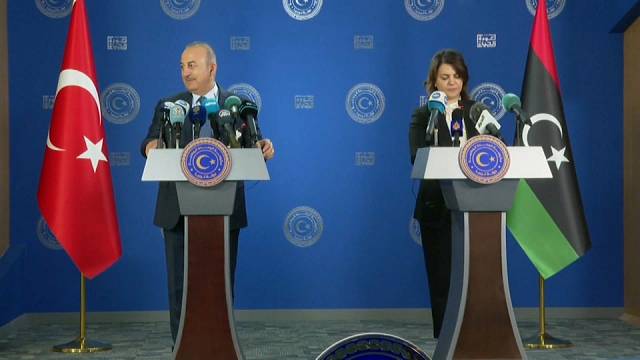 Like it? Share it!
Humble Bondo is now UNIMA’ students union president < Previous
Fintechs, Investors and Regulators Gather in Cape Town for the 8th Edition of Africa Fintech Summit Next >
Recommended stories you may like: