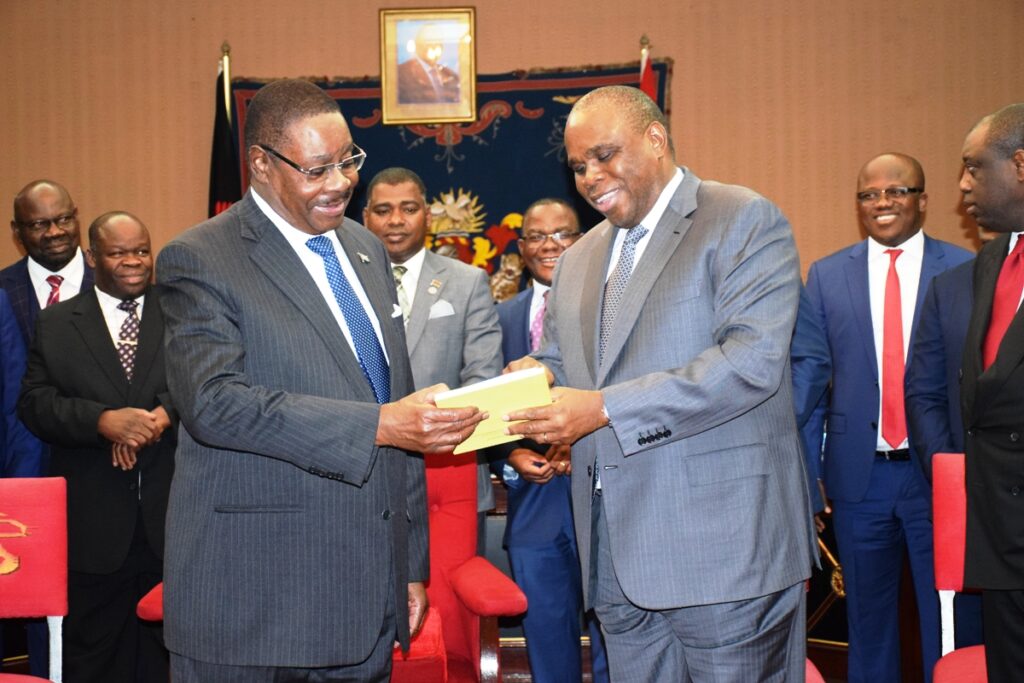 President Peter Mutharika has assured potential foreign investors that Malawi remains a safe country as far as investments are concerned.

He made the remarks Thursday at the Kamuzu Palace in Lilongwe during an audience with the president of the Africa Export- Import (Afrixem) Bank, Benedict Oramah before Malawi and the bank entered into an estimate of USD 1 billon facility worth of a Memorandum of understanding (MOU).

The MOU will see the bank bankroll major projects in the country like Mangochi airport, a five star hotel, a dry port, two industrial parks and road infrastructure and many others through its investment partners.

“Investment is all about safety and let me assure you of your security, both on your investments and your personal safety as well. You can invest in this country and be sure that you will all be safe because we view investors as our friends and not enemies.

“And in case of anything, Malawi has viable legal systems for settlements,” said Mutharika.

He said the bank has been crucial in helping other African nations to grow economically through trade and this is the chance for Malawi to benefit as well especially in the tourism sector.

He urged the foreign investors to explore and make use of the potential markets existing in Malawi in the areas of tourism, transport, energy amongst others.

“Malawi should have an integrated tourism package. These projects will increase productivity, output and job creation.

“We want to have a larger private sector and a smaller public sector and achieve a six percent annual growth with the interventions in the tourism sector among others,” said Mutharika.

These investments are expected to turn Malawi into one of the biggest tourism countries in the region.

In his remarks, president of Afrexim bank, Benedict Oramah said his bank is pleased to have an opportunity to invest into the country which he said has huge areas of potential investment including the lake.

“We want to see that we contribute to the development of Malawi and we remain strong partners to Malawi. The investors here are a testimony to that. And this MOU is a flagship integrated project that the government wants to use to begin to transform the economy of Malawi using tourism as a front.

“We believe it is Africa which will develop Africa. Our investments open doors to other African investors and we believe the funds will help Malawi to spearhead its export led development,” he said.

Oramah highlighted projects like four routes of Dar- es- Salaam, Natal, Durban corridors and M5 road saying these will help in exports and connect Malawi to the rest of the continent.

The meeting attracted eight potential African investors interested in areas of energy, transport, agriculture and agro-processing and ICT among others.

In his remarks, Minister of Finance and Economic Development, Joseph Mwanamveka said the MOU is a very important development as it will bring the much sought development in the country.

“Through the projects, we will have foreign direct investments, create employment opportunities for our youths, and the construction of the roads will help open up markets for our farmers.

“This will in the end play an important part in realizing the vision of Professor Peter Mutharika of reducing poverty in the country,” said Mwanamveka.