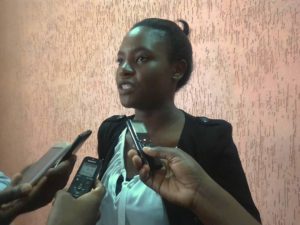 LILONGWE-(MaraviPost)-The Government of Malawi has asked young women in the country to put to meaningful use their energies and enthusiasm by helping authorities in efforts to address effects of climate change.

The forum at Crossroads Hotel brought together scores of young women drawn from various sectors including youth organisations and universities.

“Climate change is real. We must put our efforts together so that the fight against the devastating effects of climate change bear fruits,” Mbale told the gathering.

Malawi is indeed suffering a lot as a result of the effects of climate change.

Floods and droughts occur every year in the country, killing people and damaging houses, farms and crops.

Mbale noted that women are the most adversely affected by these natural disasters and emphasized that the women themselves can also play roles that would help solve the problem.

“Young women such as these ought to be innovative in coming up with technologies of adapting to climate change out of which they should also be able to benefit economically,” she advised.

Mbale promised that government will always create a conducive environment for the young women to contribute to the fight against climate change.

In her remarks, National Coordinator for Green Girls Platform Joy Munthali described the forum as very important, saying it was an exchange of ideas that sparked the desire in the young women to contribute to the fight against climate change.

“We want to provide a platform to these young women where they should be able to sensitise communities about climate change, provide practical solutions to the problem and initiate survivor techniques,” said Munthali.

The forum was held under the theme: Creating space for the promotion of girls and young women active, meaningful and sustainable participation in climate change and environmental initiatives.