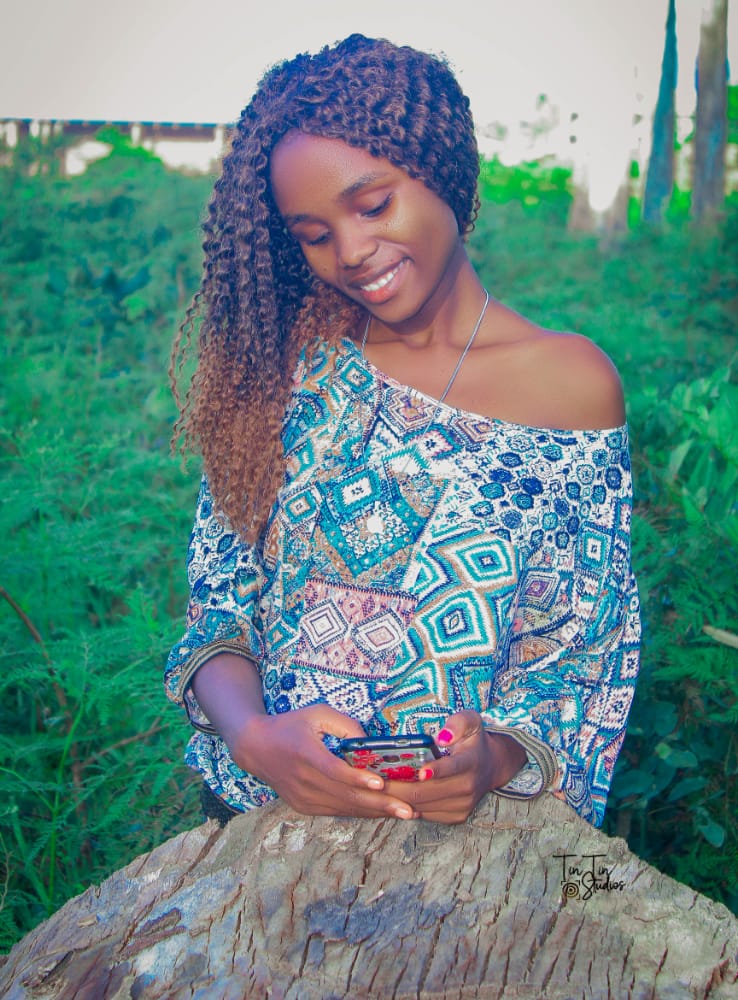 When Alinafe Mhone Kaweche saw a couple embracing love, she was so excited to be a friend of lovers and felt good to see her friends sharing love.

The love she saw the couples sharing got her thinking everything was rosy in a love relationship amongst the youths. She never saw a couple sad or cry because of love affairs like deceitful partners.

The 21 year old young lady now proves that she has predatory instincts before a pen and paper as she leaves the readership of her poems with an insatiable appetite for more pieces of her writing. The sad moments she saw couples face when tables overturned have had a silver lining.

“I saw friends and relatives fall in love then later heart broken, that just made me envisage on how they were feeling and I took down every imagination into a piece of art to write down that feeling I imagined.” She said.

This happened in a period Kaweche had not yet experienced what falling in love was. She was still a young girl and from the love she observed people sharing, she turned into a poet.

“I could just observe issues about love from what couples who happened to be my friends and relatives could do.” She said.

On the flipside, more people breakup up as more people fall in love, this paved a way for more pieces of writing for one Kaweche.

“I jotted down all my observations and also indeed my imagination about love birds I saw around me in my home and also round my home town.” She said.

As time passed, Kaweche was amongst the young ladies that fell in love, she like her friends also enjoyed moments she shared with her partner but was not spared from heartbreaks.

As one Kaweche looked at sad moments couples were passing through and then reading pieces of art written by Malewezi, she found herself another inspiration in writing.

“Having put down what I envisaged to be the feeling of the heartbroken, I also saw Malewezi in Malawi as someone who knows how to choose words and arrange them. I just loved his style.” She said with a smile.

Kaweche has been observing several sad moments in the past years and this cemented a way for her to compose poems of hope and happy moments of love and also short stories in the current time to help heartbroken lovers.

“Today I write different types of poems but mostly love and sad poems not forgetting poems of hope. I’m saying this because if I look at my poems, most of them are love and those of sad times of life.” She said.

She added: “I also write short stories, plays and now I’m working on novels. I used to compose and do music but now I am no longer into the music. And I hope in the future I might go into other categories.”

Kaweche firing a live shot to the youth, she feels that youths in Malawi have not cultivated a culture of reading poems unless it is a class assignment. In her area there are a lot of young people but they do not love to get hold of pieces of writing.

“Youths like reading poetry when they’re at School because it’s part of English learning and they have no choice but to participate. Once they are done with the subject, they no longer continue reading poems and novels.” She complained.

Kaweche now argues the youths in Malawi to develop a spirit of reading saying in reading they will learn more as poems and novels carry more hidden messages. She also said youths who have read her poems have benefited a lot.

“Her writings are inspirational as they give an arousing of mind to special unusual activity and creative thinking.” Said Stephen Mtika one of the young men that reads Kaweche’s poems.

Kaweche is amongst writers who embrace modernity in the 21st century and her poems have attracted a good readership as she takes advantage of internet and social media in particular.

“The poems are easy to access and contain more messages of which some are hidden and when we look into the deeper meanings we learn a lot of things.” Said Eliphazi Banda a young man who has also gotten hold of copies of art Kaweche has been writing.

Kaweche writes real life poems and short stories, no fiction and she plans to release an E-book of poetry titled ‘The Feeling’ (love journey). It contains all the love poems she wrote since she ventured into poetry in 2013.

After releasing an E-book full of poems, her next project is to feed her readership with a novel that she plans to sell within Malawi.