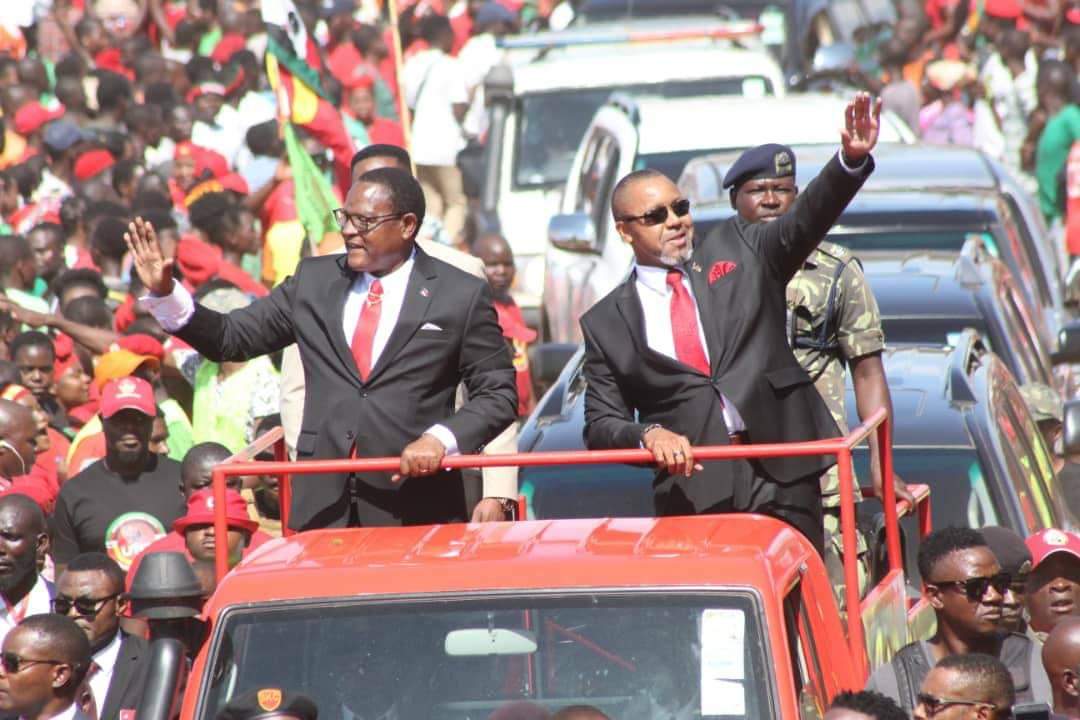 The setting was the Constitutional Court in Lilongwe and it was Dr Lazarus Chakwera of Malawi Congress Party (MCP) being quizzed by the beleaguered Attorney General Kalekeni Kaphale. Chakwera, when pressed to offer an explanation, deferred to his witnesses saying some of his witnesses were best placed to respond to certain questions regarding his electoral petition.

He shot back when Kaphale attempted to humiliate him on why he appeared not to be conversant with his own petition.

”Being a leader does not mean knowing everything…” said Chakwera throwing Kaphale off-balance.

And by the way, can someone please remind me of the outcome of the case after Chakwera allowed his expert witnesses to do the needful? Are we not going for fresh election, inter alia, courtesy of the wise approach of President Dr Lazarus Chakwera in identifying and utilizing talent around him?

Fellow Malawians, I was therefore befuddled on Monday night when state sponsored Malawi Broadcasting Station (MBC) on their Television Channel carried a report trying to discredit Dr Chakwera when he repeated the above line during a recent press conference where he was exposing the rigging scheme being engineered by National Registration Bureau (NRB) in collaboration with the compromised Malawi Electoral Commission (MEC) to yet again choke the impending fresh election.

For starters, Chakwera gave an opportunity to members of his panel to weigh in on questions from reporters in the spirit of showing confidence on the able team which surrounds him. To MBC, this means Chakwera does not know anything and they carried a news item to that effect. This is clear sign that MBC is now bankrupt of ideas to run plausible propaganda. What a shame on the part of MBC!

During Njamba rally after being fraudulently declared President, Interim President Peter Mutharika told the nation that he does not know Computer issues. This was an attempt for him to cover his rigging tracks in the annulled 2019 presidential election. Mutharika, by admitting that he does not know ICT issues, was for once honest, and it means, he too, does not know everything, just like you and me.

Why then blow the issue out of proportion when Chakwera said a similar thing that he does not everything and allows those with specialized knowledge to handle issues related to their field? Was the aim an attempt to soil the credentials of Dr Chakwera? What a futile exercise!

What is clear whether one loves or loathes the man is that Chakwera will form the next government come 2nd July, 2019. Malawians have already made up their minds. No amount of propaganda will change this fact. It’s just a matter of time.

By the way, I can hazard that there will be mass exodus at MBC of all Democratic Progressive Party (DPP) affiliated reporters. MBC needs cleansing for it to work professionally as a state broadcaster. At the moment, it has been controlled by ignorant cadets who are showing their ignorance on TV, for instance, that Steven Maseya shameless cadet who displayed his village idiocy by telling all and sundry on a live program on Television that constitutional court in Malawi is illegal. Is anyone surprised that such shoddy characters sanction such half-baked propaganda that Chakwera knows nothing because he said that he does not know everything on, just like everyone of use?

Disclaimer: Views expressed in this article are those of the author, Chiipira Wachaje, and not of this publication. For tips and feedback, please drop an email to chiipirawachaje@gmail.com