NAIROBI-(MaraviPost)-The pilot of the ill-fated chopper that crashed in Narok on Saturday, October 17, has broken his silence over the incident.While speaking to The Standard the same day, the pilot, Marc Gross, stated that the crash may have been caused by bad weather and high altitude.

He further noted that he was not harmed in the crash and that neither of his passengers sustained injuries.

“I am okay and there is nothing to worry about. The other occupants are okay too,” stated the pilot. 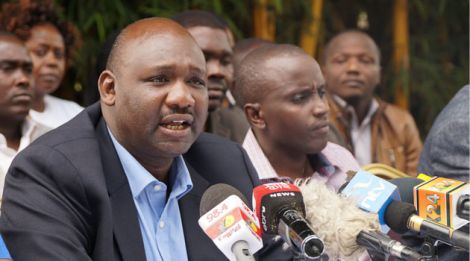 His work involves fending elephants in the region off from established human settlements in an effort to reduce the menacing human-wildlife conflicts.

A video of the crash surfaced online on Saturday evening showing the chopper swirling uncontrollably before ploughing into the ground during take-off.

In the 58-second clip, the chopper attempted to take off towards one direction, but then the fuselage tended to tilt towards the ground.

Tunai survived the crash and was rushed to the hospital together with three other occupants including the pilot.

The county head was travelling to a burial ceremony for the late Paul Lepore at Olenkipejus village in Melili, Narok County when the incident occurred. 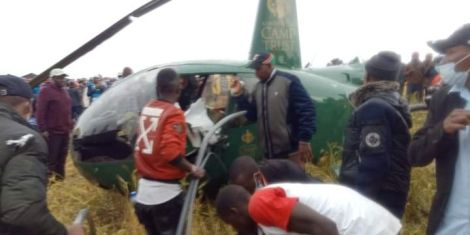 The chopper’s rotors were damaged in the crash.In a statement, the Council of Governors noted that Tunai had survived the crash and that doctors were attending to him.

“We request the people of Narok County to remain calm as the doctors attend to the Governor. The Council of Governors wishes Governor Tunai and the other affected passengers a speedy recovery,” read a statement from CoG Chairman Wycliffe Oparanya.

A Corrupt Judiciary, A Nonethical ACB Boss, and The Rotten Chakwera Administration – All Exposed in A Leaked Tape

January 23, 2022, No Comments on A Corrupt Judiciary, A Nonethical ACB Boss, and The Rotten Chakwera Administration – All Exposed in A Leaked Tape

My Take On It: Ode to Gail Farngalo, another saint has gone to glory

January 23, 2022, No Comments on My Take On It: Ode to Gail Farngalo, another saint has gone to glory

January 23, 2022, No Comments on Ukraine demo calls for de-escalation of tension

January 22, 2022, No Comments on Clashes break out in Burkina Faso capital as banned demo goes ahead

January 22, 2022, No Comments on From Milan to Glasgow, young Moroccans commit to fighting climate change

Lazarus Chakwera’s past utterances save the day for Bon Kalindo

January 22, 2022, No Comments on Lazarus Chakwera’s past utterances save the day for Bon Kalindo

January 22, 2022, 1 Comment on Lazarus Chakwera demanded the release of Kalindo when he was accused of Insulting Peter Mutharika

January 22, 2022, No Comments on Ghana: authorities begin clearing site of explosion that killed 17

Salomon Kalou: one of the main stars of Côte d’Ivoire national team

January 22, 2022, No Comments on Salomon Kalou: one of the main stars of Côte d’Ivoire national team