Protests over deadly tribal clashes scheduled on July 24 in Sudan The former ruling coalition in Sudan, the Freedom and Change Declaration Forces (FNDF), announced that they will form a broad front against the tribal clashes that have led to the death and injury of dozens of people in the country and the hate speech behind them.

The leader of the group announced that they will organise demonstrations on 24 July in Khartoum and many cities under the name of “One Homeland Sudan” to protest the violence between tribes.

The announcement comes shortly after a massive protest in Khartoum when police fired tear gas grenades at hundreds of demonstrators who were holding up banners saying “No to the killing of Hausas.

Last week, clashes in Blue Nile resulted in 79 deaths and 199 injuries. This has led to the displacement of 17,000 people, 14,000 of whom are now surviving in three schools in al-Damazine, the capital of Blue Nile, according to a UN reported report.

These clashes usually erupt over access to water and land, vital for farmers and herders – often from rival tribes – in a country where many weapons are in circulation after decades of civil war.

Once again, it was over access to land that violence broke out last Monday between the Hausa – one of Africa’s largest ethnic groups present from Senegal to Sudan – and the Bartis clan in the Blue Nile, bordering Ethiopia. 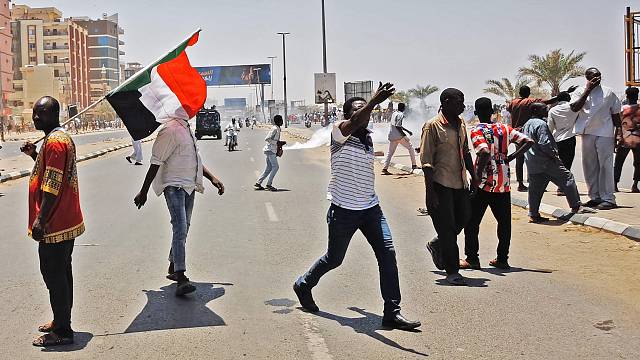