The announcement marks a sharp reversal of fortune for Muktar Robow, who has spent the last four years under house arrest after a falling-out with ex-president Mohamed Abdullahi Mohamed, better known as Farmajo.

Robow, 53, publicly defected from the Al-Qaeda-linked militants in August 2017, with the United States government at one point offering a $5-million bounty for his capture.

“After consultations that took a period of more than 30 days… I’m very happy to present Somali men and women who I have selected based on their academic background, experience and fairness,” Barre said.

“I’m expecting they will respond to the needs of the country.”

Robow was arrested in late 2018, days before he was scheduled to run in regional elections.

Farmajo’s government accused him of “organising a militia” in Baidoa, the capital of the southwestern Bay region, and seeking to “undermine stability”.

His arrest triggered sporadic protests with demonstrators burning images of Farmajo, whom they accused of meddling in regional affairs.

His elevation comes weeks after recently elected President Hassan Sheikh Mohamud hinted at his government’s willingness to negotiate with Al-Shabaab, saying it would only happen when the time is right.

Al-Shabaab has waged a bloody insurrection against Somalia’s fragile central government for 15 years and remains a potent force despite an African Union operation against the group.

Its fighters were ousted from Somalia’s capital Mogadishu in 2011, but continue to wage attacks on military, government and civilian targets.

Barre was initially expected to name a cabinet within 30 days of his appointment on June 25 but said the delays were due to the country’s protracted election process that culminated in May with the selection of Mohamud as president.

Tuesday’s appointments include a deputy prime minister, 25 ministers, 24 state ministers and deputy ministers in a 75-member team, with parliament due to vote on the nominees.

The new government faces a host of challenges, including a looming famine and the grinding Islamist insurgency.

A crippling drought across the Horn of Africa has left about 7.1 million Somalis — nearly half the population — battling hunger, with more than 200,000 on the brink of starvation, according to UN figures. 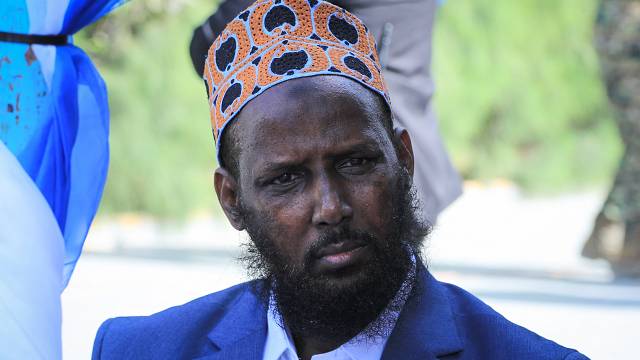 Like it? Share it!
Monkeypox concern heightened after becoming a ‘northern’ disease, says WHO  < Previous
When a road boosts quality of life and the economy Next >