HomeRegionalAMAThe impact of temporary operating bases: Saving lives by being there
AMAPolitics

The impact of temporary operating bases: Saving lives by being there 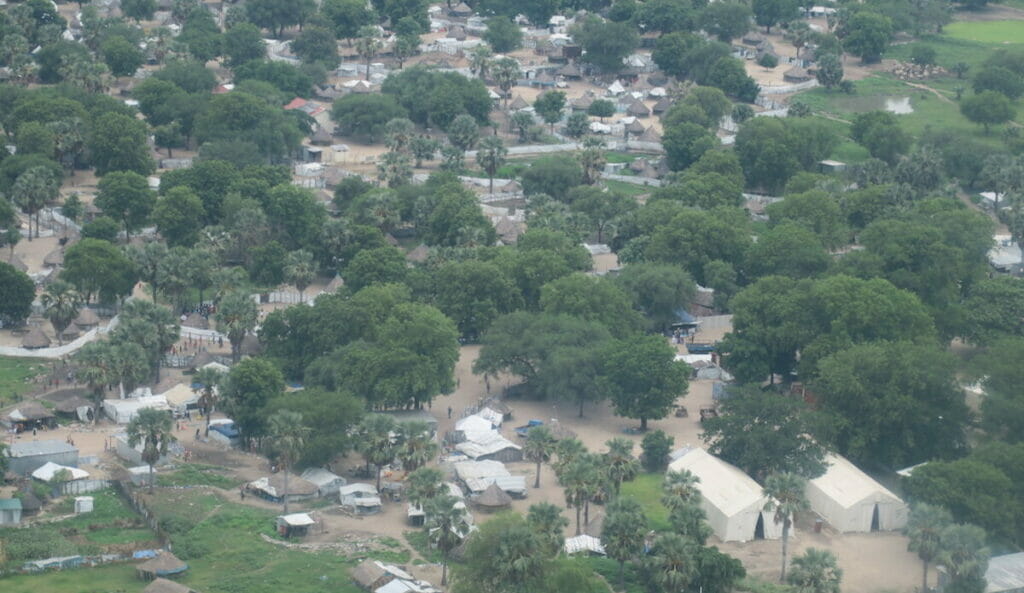 JUBA, South Sudan, 22 July 2022 -/African Media Agency(AMA)/-JONGLEI- Sometimes, being present, and visible, can be the difference between life and death. Just ask residents of Duk Padiet.

They have witnessed, and enjoyed, tranquility and freedom of movement without fear since the end of May, when a temporary operating base, manned and womaned by Ethiopian peacekeepers, was established in their part of Duk County.

“We welcome these troops from the United Nations Mission in South Sudan (UNMISS). Because of them, there is safety and peace. People can sleep at night, we are free to move around and go about our daily lives, and our children can enjoy playing again,” says Paul Majur Manyang, a citizen of the county.

Unfortunately, people living here have not always experienced such benevolent living conditions. Recurrent intercommunal violence resulting in cattle raids, child abductions and losses of lives have often plagued the county, forcing many residents to flee. In one particularly harrowing incident in May, eighteen people were killed and some 750 cows stolen.

The unrest prompted the UN peacekeeping mission to establish a base in the area, to protect civilians, restore their confidence and build hope.

So far, this initiative has worked well, with the visibility of Ethiopian Blue Helmets proving to successful deterring outbursts of violence. In fact, since their arrival, not a single incident has been reported.

Taking note of the renewed peacefulness and UN presence, some of the internally displaced persons have returned home and are busy piecing their normal lives back together.

They can count on the continued support of the peacekeeping mission.

“We (UNMISS) will stay here for as long as it is necessary to keep the population safe,” says Geetha Pious, Head of the UN Mission’s Field Office for Jonglei State and the Greater Pibor Administrative Area.

When the day comes for the peacekeepers to leave, Paul Majur Manyang thinks that the security of his community should be guaranteed by others.

“That is when the government needs to deploy graduated, unified forces to allow our process of returning to normality to continue,” he says.

So far this year, cattle raids, revenge killings and ambushes have led to the death of more than 150 people in Jonglei State, including women and children.

While the protection of civilians remains the primary responsibility of the South Sudanese government, UNMISS is committed to supporting the authorities and the people of the country on their road to sustainable peace and development.

Distributed by African Media Agency (AMA) on behalf of UNMISS.