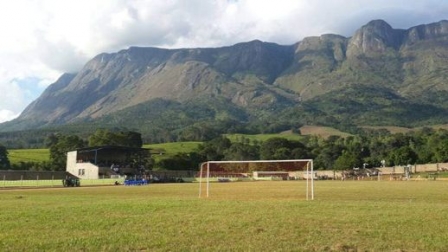 THYOLO-(MaraviPost)-Government says it will construct a MK2.5 billion Stadium in Thyolo district.

According to Nankhumwa, Dec Construction is in charge of the construction work that will last 18 months.

The 20,000-seater stadium, whose construction starts on January 29, will be built at the boma under the supervision of Blantyre City Council.

“I do not expect any substandard work and any delays in the completion of the project. Let me urge Thyolo District Council to closely monitor progress of these projects to ensure that contractors are doing quality work at all times,” Nankhumwa said during the ground-breaking ceremony.

Thyolo District Football Committee Chairperson, Chavi Mbewe, was visibly excited with the news, describing it as a new dawn for the development of football in the district.

“This is like a dream. On paper, the stadium looks like a smaller version of the Bingu National Stadium. This is a stadium for cities. We cannot wait to have it,” Mbewe said.

He said the stadium would be an ideal alternative venue for Blantyre-based Super League teams as it is only less than 30 minutes drive from the commercial city.

Thyolo Stadium is the most expensive district stadium to date with projects in Mangochi, Kasungu, Mulanje and Karonga costing around K400 million.