HomeOpinionTrump’s “New” Strategy In Afghanistan Is Doomed To Fail
Opinion

Trump’s “New” Strategy In Afghanistan Is Doomed To Fail

President Trump’s new strategy that would presumably win the war against the Taliban in Afghanistan is doomed to fail, just like Bush’s and Obama’s before him. At best, the reported dispatch of an additional 4,000 American troops as recommended by his security chiefs will prevent the total collapse of Afghanistan and thwart the Taliban from winning. Given the complex nature of the conflict, however, the status quo will not change in any significant way.

One might think that after 16 years, the US should have learned that the Taliban will not be defeated. The only solution rests on a negotiated agreement with the Taliban while inviting the Afghan tribes to do the heavy lifting, as they are the only party who can effectively work with the Taliban to reach an enduring agreement. Together, they can fight against the various terrorist groups that have converged on Afghanistan, because they want to end foreign interventions that have done nothing but cause socio-political havoc and instability since the Soviet invasion in 1979.

The only pointed and correct statement Trump made in his “new strategy” is that the US should not undertake the practice of nation-building, and certainly not dictate how the Afghan people live their lives and govern themselves. The US, with the support of the tribes, should focus on combating terrorism, especially from al-Qaeda, ISIS, and other radical extremist groups.

The Taliban should receive a clear signal that they are an important part of the new strategy to reach a peace accord, provided they demonstrate their willingness to negotiate in earnest, knowing that otherwise they will have to continue to be engaged in an intractable fight against US forces without any chance of succeeding.

It is true and necessary for the US to develop strategic partnerships, especially with India and Pakistan, to help in the fight against terrorism, and use its political, economic, and military assets to that end. However, whereas India would be willing to partner with the US, it is not a given that the besieged Pakistani government will be able to fully commit itself even if it chooses to, because a) the ongoing political turmoil in Islamabad prevents the development of a cohesive policy to combat the plethora of terrorist groups, which makes the task extremely difficult; and b) Pakistan does not want to fight the Taliban knowing that they will sooner or later be a part of the Afghan government (if not in control of it), with which they have to coexist.

For these reasons, it is naïve to think that after 16 years of fighting, dispatching an additional military force of 4,000 soldiers will change anything. In fact, at its peak over 100,000 American soldiers were unable to dramatically change the dynamic of the conflict and create a sustainable political and security structure that would allow US troops to leave.

No one in the Trump administration, including the Pentagon, is offering any convincing argument that additional forces would win the war. At best, they can arrest the continuing advances of the Taliban, which is now in control of nearly half the country.

Although Trump correctly shifted away from a time-based approach and instead linked it to progress made on the ground, this effort will succeed only if the US immediately embraces peace talks while fighting foreign terrorist groups.

To be sure, there will not be a military solution to the Afghan war. Trump has now the opportunity to change the dynamic of the conflict by looking at the Taliban not as the enemy, but as the partner in the search for a sustainable solution.

The sooner the US accepts this reality the better, so that the US can focus on a practical outcome that can emerge only through negotiations with moderate elements of the Taliban and with full participation of the tribal leaders.

In a conversation I had with Ajmal Khan Zazai, tribal leader and Paramount Chief of Paktia province in Afghanistan (which I discussed in a previous article in July), he noted that previous American military approaches have never had a chance of succeeding, due to their “[obsession] with their version of ‘democracy’ and ‘human rights’… They don’t believe in homegrown or Afghan local solutions led by the tribes…” He emphasized the fact that “Afghanistan is a tribal country, the tribes are the past, present, and the future.” I fully agree that excluding the tribes from this battle against violent extremism, including al-Qaeda and ISIS, will simply not work.

To prevent repeating past mistakes, the Trump administration must now reach out to the tribal chiefs and together develop a strategy that would allow the Taliban to fully participate in peace talks with the objective of reaching a long-term solution.

The chiefs would require US financial assistance to the tune of four to five hundred million dollars a year, over a few years (which is a fraction of what we spend today). The purpose of this would be to recruit and train their own militia to fight their own battles against the assortment of terrorists.

Under such a scenario, the Taliban will have to commit themselves to fight, alongside the Afghan military, against all extremist and terror groups, particularly al-Qaeda and ISIS. Once the Taliban becomes a part of the government, they would develop a vested interest in the stability of Afghanistan, and will have every reason to prevent Pakistan and Iran, in particular, from meddling in the internal affairs of their country.

To be sure, the Taliban are Afghan nationals and will not be dislodged from their own land; likewise, the support of the tribes is essential as they want to take matters into their hands. They know that time is on their side because no foreign power has ever been able to conquer Afghanistan, dominate the country, and change the Afghans’ way of life.

Every foreign power was forced to eventually leave because they could not sustain their conquest or domination. If the US wants to end this debilitating war, it must focus on local forces for a permanent solution and leave Afghanistan sooner than later with some dignity. 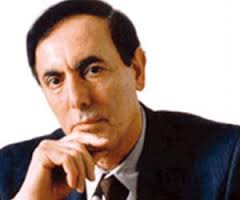