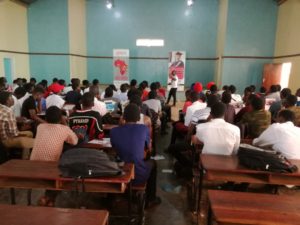 LILONGWE-(MaraviPost)-Unicaf University is playing a major role in contributing towards academic Excellence through career talks as part of its social corporate social responsibility.

Effective April 8 this year; the university has embarked on a three months long journey to reach secondary schools in Southern, Central and Northern region of Malawi to guide final year students in private and public secondary schools to make informed decisions of their future.

Speaking to journalists in Lilongwe after a week-long tour of schools in Blantyre, The University’s Marketing and Business Manager, Miller John Joshua said it is part of UNICAF’s Corporate Social Responsibility to prepare students to dream big and be confident when making their career decisions.

“Education is very important for the personal, social and economic development of the nation however students need to be guided to choose the best for their education,” said Joshua. 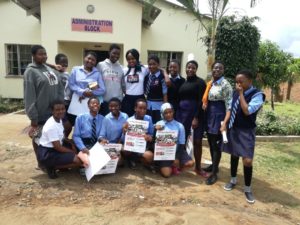 Students were very excited and enlightened with the career motivational talks and it was a great opportunity for the students to ask more questions concerning the career of their choice.

In her appreciation, one of the students from Maranatha Girls Academy, Asphiwe Kabito lauded Unicaf University for a powerful motivational talk and encouraged the institution to move around the country  to open eyes of many young girls who thinks they cannot make it in life.

This is the third year that Unicaf University is conducting this activity around Malawi.

The university will also visits secondary schools in Ntcheu, Lilongwe, Salima and Mzuzu.