Zuma’s Woes And Waste Of Mandela’s Legacy, By Chido Nwangwu 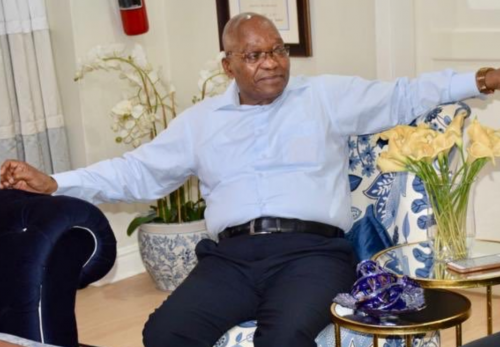 As the story was breaking on July 7, 2021 that South Africa’s former President Jacob Zuma handed himself to the police at a correctional services facility (prison), in order to begin a 15-month sentence without appeal, I was concerned like most human beings that Jacob Zuma, a 79-year old grandfather and (former) freedom fighter, will find life very difficult inside a prison facility.

On the other hand, I reflected on the unrelenting and serial acts of corrupt enrichment by some members of the ruling African National Congress in privileged positions, the impoverishment of millions of its citizens; the countless abuse of the rights of both the citizens of South Africa and especially the seasonal violence and xenophobia visited upon other African residents and migrant workers in different parts of the richly blessed country!

It’s sad but true that some of the notorious financial criminals who are making living difficult for those deprived peoples of South Africa rose to power under the umbrella of the African National Congress, that was Mandela’s political party. Hence, within the hour of the Zuma imprisonment breaking news, I wrote on my personal Twitter handle @Chido247 that the “Shameful swings of corruption by Zuma n his cohorts damage Madiba’s legacy! Cry, for my beloved Mandela!”

This time, Zuma’s key problem was for contempt from his defying a court order to testify before a judicial commission investigating widespread allegations of corruption during his presidency, from 2009 to 2018. An important report by Mogomotsi Magome of the AP notes that “the judicial inquiry into corruption during his term as president has heard damning testimony from former Cabinet ministers and top executives of state-owned corporations that Zuma allowed his associates, members of the Gupta family, to influence his Cabinet appointments and lucrative contracts…. In a separate matter, Zuma is standing trial on charges of corruption related to a 1999 arms deal, where he allegedly received bribes from French arms manufacturer Thales. His financial adviser has already been convicted and imprisoned in that case.

Zuma has had other legal woes. In 2005, he was charged with rape but was acquitted in 2006 after the court found the sexual intercourse was consensual.”

Those scandalous activities and misconducts are not what Nelson Mandela and Govan Mbeki and Walter Sisulu and Steve Biko and Miriam Makeba and Winnie Mandela and millions of others sacrificed their youth and their lives for!

South Africa is, by most reasonable assessments, among the most endowed and beautiful countries of the world.

I have been to post-apartheid South Africa twice. The first was for a technology business conference. The second was when I traveled as a part of the United States based media who covered the visit of former President Bill Clinton to Southern Africa and west Africa — during the closing days of March 27, 1998. During this period, the late, great Nelson Mandela was the president of South Africa.

Without a doubt, South Africans deserve better — especially after defeating the evil of apartheid, racist and oppressive rule! Somehow that country seems to be losing its focus, again. I explore these issues in more detail and context in my forthcoming 2021 book, MLK, Mandela & Achebe: Power, Leadership and Identity. On the Zuma tangle, one can make the case that it is the rule of law that won and carried the day.

Post-apartheid South Africa had so much promise and hopes for a people and a continent in need of genuine heroes and success stories.

*Dr. Chido Nwangwu, the author of the forthcoming 2021 book, MLK, Mandela & Achebe: Power, Leadership and Identity, serves as Founder & Publisher of the first African-owned, U.S-based newspaper on the internet, USAfricaonline.com, and established USAfrica in 1992 in Houston. He is recipient of several public policy and journalism excellence honors, civic engagement and community empowerment awards and has appeared as an analyst on CNN and SKYnews. He served as an adviser on Africa business to Houston’s former Mayor Lee Brown. @Chido247