HomeOpinionAbuja Under Siege By Bandits, But DSS, Army After Agitators In South-East,...
Opinion

Abuja Under Siege By Bandits, But DSS, Army After Agitators In South-East, By Fredrick Nwabufo 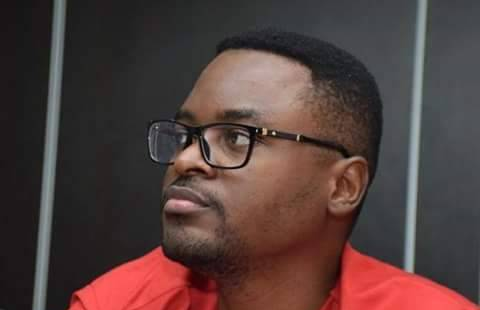 Abuja is under siege. Terror lives and breathes here. Citizens are kidnapped every day from their homes but sadly, some of these tragedies escape outrage and alarm. There is a false sense of security in the federal capital territory (FCT) – the flawed assumption of safety – which has enabled the atrocities of bandits in the nation’s capital to persist without hysteria.

Security agencies – all with headquarters in Abuja – get away with non-performance as regards the FCT largely because of this false sense of security by residents. No one calls them out. Kidnappings happen and everyone carries on in the invalid hope that banditry cannot get much worse in the FCT. But these bandits have become bolder and more daring. They are inching into the heart of the city. Must we wait until Abuja and its orbiting communities become another Sambisa before the security agencies act?

As a matter of fact, these criminal onslaughts have been happening on the fringes of the city. But owing to a lack of response by security agencies; they have now metastasised like end-stage cancer. Abuja appears to be encircled by deadly outlaws who do not only steal but also extract blood from their victims to quench their vampiric thirst.

These abnormalities – banditry, kidnapping and armed robbery – have become a daily normal; more like the quotidian corollaries of city life. No one knows who the next victim will be. We are all like sitting ducks waiting for certain blitz. Abuja has never been this unsafe. The occurrences sound bizarre. Really, it is unsettling this is happening in the FCT. Bandits would go as far as Kubwa break into the house of their victim in the dead of night, kidnap them; march them all the way into the forest and demand ransom.

Some months ago, these brigands besieged the inner road of Life Camp – at the centre of Abuja! They shot at commuters and kidnapped some persons. And just a few days ago, the freebooters reigned unchecked for about three hours in an operation at Ushafa, Usman Dam area. They kidnapped at least two persons in that raid.

Last Saturday, the marauders attacked an orphanage in the nation’s capital in the cover of darkness, kidnapping seven children – all orphans. Such a painful tragedy. Who kidnaps orphans – who have no mother or father and who are all alone in this cruel world? I cannot imagine how traumatised those kids will be – the torture and the agony! And this is all because of a failed government. Yet again, no alarm, no outrage – because it happened in the FCT ‘’and all is well.’’

Last Friday, Abdullahi Sule, governor of Nasarawa, met with President Buhari. The distraught governor let out a bellow over Boko Haram’s incursion in his state. He said the terrorists were camping in Nasarawa, and that the group was using his state as a springboard to launch attacks. Nasarawa is the closest state to Abuja. In fact, much of Abuja is in Nasarawa and much of Nasarawa is in Abuja. That is how contiguous the two areas are. So, if terrorists are in Nasarawa, they are already at Abuja’s doors.

But what are the security agencies doing? Why did we allow things to deteriorate this far? Really, what is happening in the FCT calls for drastic measures. It is an emergency. Abuja is under siege. Why is the DSS which is dutiful in clamping down on protesters and agitators not alive in tackling the menace of banditry in the FCT? Why are the army and the police going after agitators in the south-east not as potent in dealing with bandits in Abuja? What is going on?

The south-east is reputed to be the most peaceful and safest region in Nigeria. In fact, it is rated to be the safest place to live in — in all of Nigeria — by the United Nations.  But it is the same region that is being garrisoned by the military, the police and the DSS. Why the fixation on the south-east?

On Monday, there was a reported collision between soldiers and some agitators in Orlu, Imo state. The facts of the brush are still inchoate so I will refrain from passing judgment. But the loss of lives and property to violence stands condemned. However, I must say, the south-east has always been treated as a region that is at war – while it is not – by the Buhari administration. Security checkpoints everywhere; this is provocative. While in the suburbs of the FCT where there are enduring criminal attacks there is no security presence. What is really going on?

The security agencies should refocus their energy where it is exigently needed. Abuja is under siege.

Fredrick Nwabufo is a writer and journalist