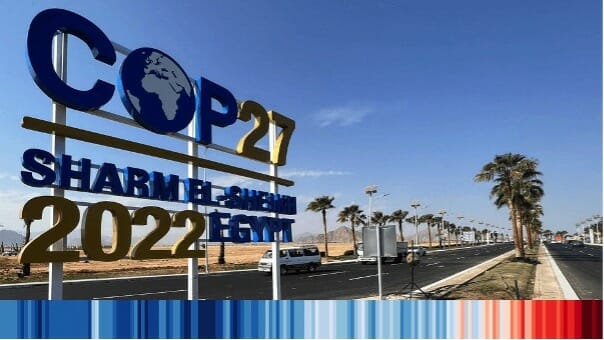 
This year’s climate change summit – COP 27- has opened in Egypt as world leaders discuss solutions to the impact of climate change.

The summit for the first time is debating whether richer nations should provide financial support to help developing countries combat the effects of climate change.

But African countries are themselves pushing for the exploitation of natural gas, a stance that is creating concerns among some delegates.

Several African countries want to exploit the resource at a time when Europe is struggling to find supplies. But other nations say the world needs to end its reliance on fossil fuels as fast as possible.

The International Energy Agency has said new gas fields are not compatible with global aims to achieve net zero emissions by the middle of this century.

Egypt is hosting this summit as world economies continue to reel from a barrage of international crises, from the COVID-19 pandemic to Russia’s invasion of Ukraine.

There are concerns though that the world is slowing on commitments to slash global emissions by 45% by 2030 compared to 2010’s levels.

It’s hoped that such a reduction could help meet the targets of the 2015 Paris Agreement — limiting warming to 1.5 degrees Celsius above late 19th-century levels.

Under some predictions, current trends would see carbon pollution actually increase by 10% by the end of the decade, and a 2.8-degree Celsius increase.


“Humanity has a choice: cooperate or perish,” UN Chief, Antonio Guterres told the conference in the Egyptian resort of Sharm el-Sheikh. “It is either a Climate Solidarity Pact or a Collective Suicide Pact.”

The UN chief warned that, on the current trajectory, “we are on a highway to climate hell with our foot still on the accelerator.”

“The two largest economies — the United States and China — have a particular responsibility to join efforts to make this pact a reality,” he said.

According to Guterres COP27 must agree on a “clear, time-bound roadmap” for loss and damage that delivers “effective institutional arrangements for financing.”

“Getting concrete results on loss and damage is a litmus test of the commitment of governments to the success of COP27,” he said.

It’s time for nations to come together in solidarity, fully respecting all human rights and guaranteeing a safe space for environmental defenders & all actors in society to contribute to our climate response.

We need all hands on deck for faster, bolder #ClimateAction.#COP27 pic.twitter.com/HHJcl9E1Ot

They are referred to as COPs, which stands for “Conference of the Parties”. The parties are the attending countries that signed up to the original UN climate agreement in 1992.

COP27 is the 27th annual UN meeting on climate. It is taking place in Sharm el-Sheikh until 18 November.