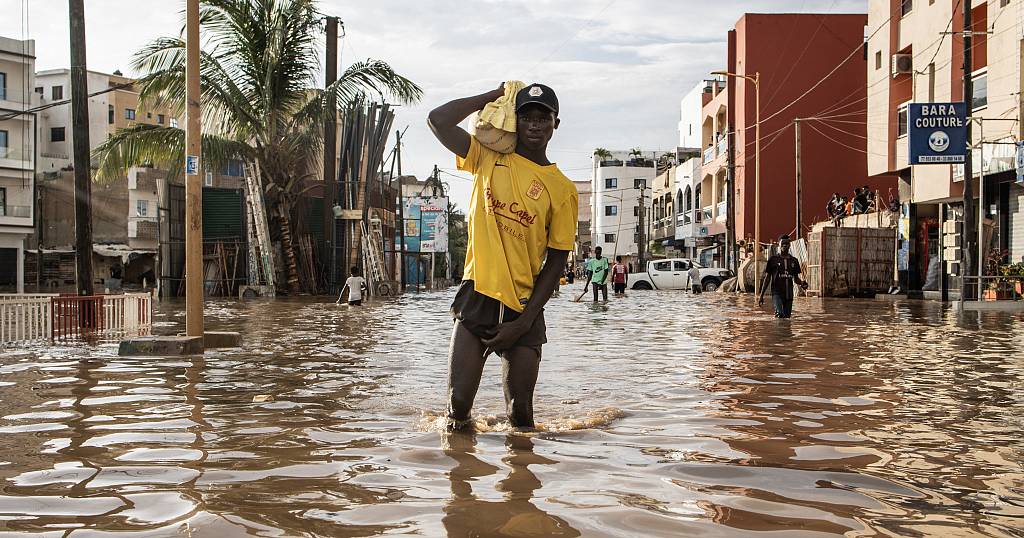 At least one person has been killed in and another severely injured in flooding caused by torrential rain in Senegal’s capital, Dakar, on Friday.

It is the second time in less than a month heavy downpours have turned roads into muddy rivers and submerged underpasses.

“There were a lot of traffic jams, we were completely blocked,” he said.

“We weren’t moving forward and – with the rain – there was a lot of water coming in – and little by little, the water was rising. So we were all blocked.

“Me, when I saw that the car began to fill with water, I took the decision to get out of the car and left.”

Flooding is common in Dakar at this time of year but on Friday 126 millimetres of rain fell in just six hours.

But  the country’s sandy roads are ill-equipped to deal with so much water and some are blaming the exceptional rainfall on global warming.

Tahar Trabelsi says: “Nowadays, the intensity of the rain is huge.  It’s not like the rains of the past.

“We know about climate change, it is not complicated.

“And we are next to the ocean so the flow was not the usual intensity of the rain – it was a lot of rain in a small amount of time.

“That’s why there is this damage, it was all full of water.”

There were similar scenes on July 20 when 84 millimetres of rain fell in just two hours.

Anything above 50 millimetres is considered ‘extreme’, according to the national civil aviation and meteorological agency (ANACIM). 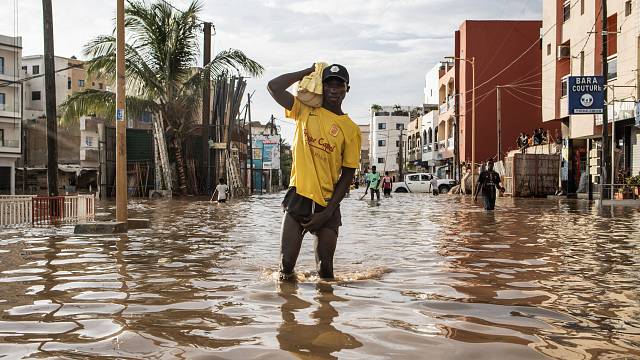 Like it? Share it!
Of Reverend Chakwera’s nepotistic, appeasement appointments, defeats noisy HI5 slogan < Previous
WHO launches appeal to respond to urgent health needs in the greater Horn of Africa Next >
Latest News From Malawi
Headlines From: The Maravi Post