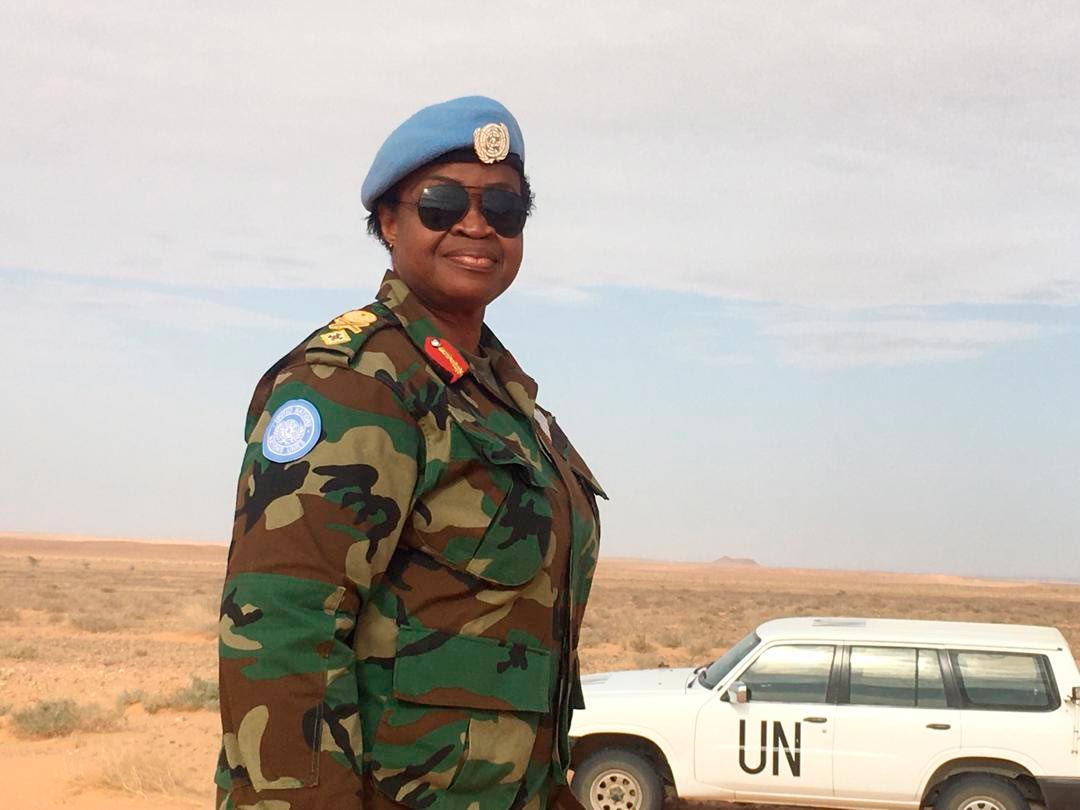 Local media reported that she died at the 37 military hospital on Monday 24 January 2022, after a short illness.

Ghanaians on social media celebrated her when her appointment was announced. She granted media interviews to encourage women to push their limits to realize their dreams.

Edjeani-Afenu first joined the Armed Forces in 1978 at the age of 18 years. But she was commissioned into the Ghana Armed Forces (GAF) on 25 April 1980.


In 2017 when she was appointed Brigadier General, she told the state-owned news paper, Daily Graphic that “The welcome to the Military Academy was crude, but I prevailed having come to the realisation that I had already made a decision to join the service”.

After serving in the army for over four decades she has now risen through the ranks to become the first female General of the Armed Forces.

Constance Emefa Edjeani-Afenu, was promoted to the rank of Brigadier General, the highest position ever occupied by a female in the Armed Forces, on March 7, 2016.

Edjeani-Afenu served in different capacities in her home country and served as Ghana’s deputy military advisor to its permanent mission in New York from 2013 to 2016.

In 2019, the UN appointed her as the Deputy Force Commander in the United Nations Mission for the Referendum in Western Sahara (MINURSO).

Like it? Share it!
Eight fans dead in a stampede at AFCON < Previous
CAN 2021: Hamari Traoré, the Malian Eagle who spreads his wings Next >
Latest News from Maravi Post
Recent Posts: The Maravi Post