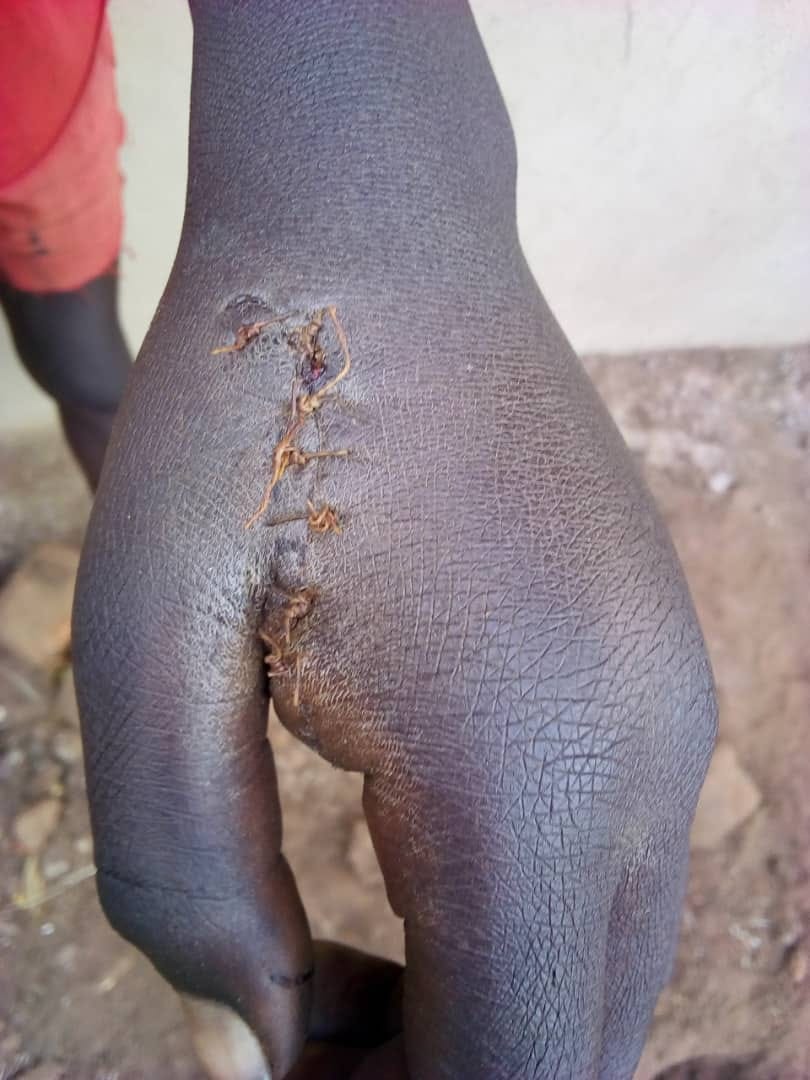 MANGOCHI-(MaraviPost)-A 13-year-old boy in Mangochi is nursing a deep cut wound on his hand which he is said to have sustained while being beaten by an officer at Chiponde police Unit who was using a Panga Knife.

Mother to the boy, Annie Shaibu, told this publication on Saturday, morning, August 21, 2021 that their son was picked on 8th August 2021, for suspecting to have stolen a mobile phone.

Shaibu also claimed that a police officer who was interrogating him used a panga knife to beat him and in the process hacked him.

Daudi added that the station is also investigating police officers on the matter.