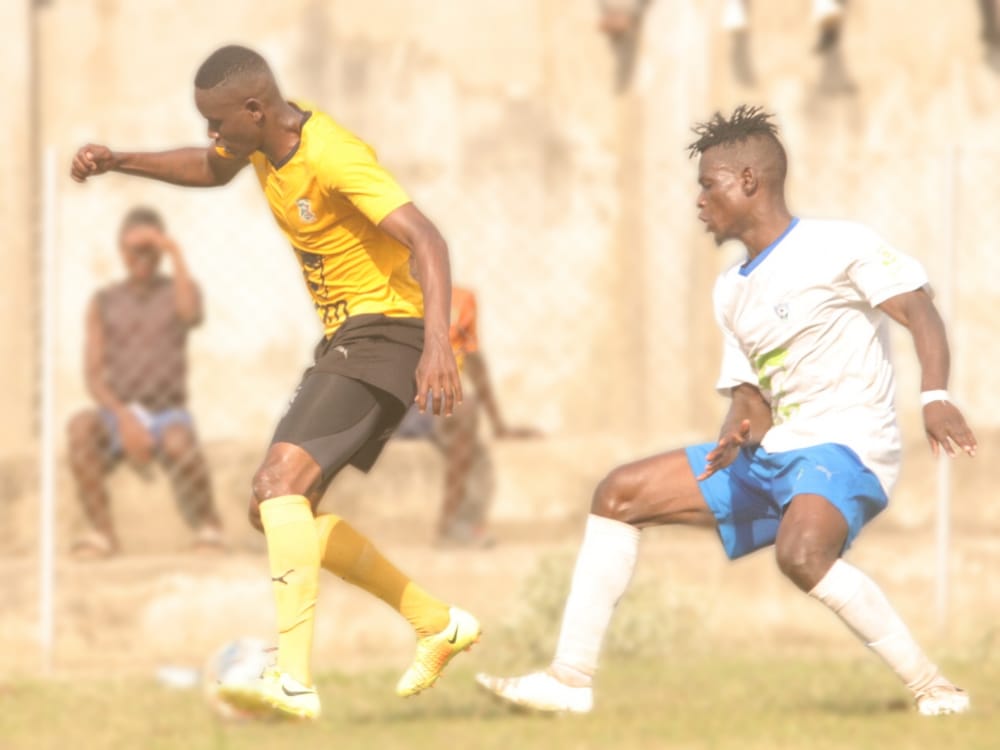 KARONGA-(MaraviPost)-Karonga United produced an outstanding team performance to hand an out of sorts Kamuzu Barracks FC a 4-0 humbling in a TNM Super League match played on Saturday.

DkanDzinkambani’s side were vibrant, skillful and energetic on a day of high emotions at the Karonga Stadium as they kept the hopes of a top two finish in the league standings while in the process inflicting serious pain on the army outfit in a sobering 90 minutes for the visitors.

Clement Nyondo came off the bench to score twice while Victor Lungu and Mphatso Kamanga helped themselves to a goal each for the hosts while Amadu Makawa saw red late on in the match for the hosts as tempers boiled over.

The home side who came into the game on the back of a morale boosting 1-0 away win over Mzuzu Warriors assumed complete control from minute one against their outclassed visitor’s.

Mphatso Kamanga was first to test the palms of Kamuzu Barracks goal custodian Lemani Nthala with a rasping strike in the 6th minute before also going close through Khumbo Msowoya in the 14th minute as the hosts piled on the early pressure.

The home side deservedly went in front in the 24th minute of the game courtesy of a well taken strike from the impressive Victor Lungu, in a scintillating first half performance which Karonga easily should have been 3-4 goals up by half time.

Despite displaying an improved second half performance the visitor’s continued to struggle to create chances of real note.

Substitute Clement Nyondo slammed in a second with 18 minutes to go following a counterattack as the visitor’s threw men forward in the hunt for an equalizer.

The Impressive Kamanga capped off a fine individual performance scoring the third following a flowing team move in the 86th minute.

The home side put the icing on the cake on their outstanding performance as Nyondo helped himself to a brace with the last kick of the match as he ruthlessly finished passed Nthala following a wavy run that went unchallenged.

Speaking in a post-match interview Karonga united coach Dan Dzinkambani, expressed delight with his side’s performance describing it as the best of this season at home.

“We were great today from start to finish and I hope we can keep up the level of consistency through the remaining matches.” he marbled.

“We were outclassed especially in the first half so we can’t complain about the result we just need to move on as a team as better days are still ahead of us,” he said.

With the win Karonga United have climbed up to third on the log table with 43 points from 26 games while Kamuzu Barracks stay in 11th with 31 points to their name from 25 matches.