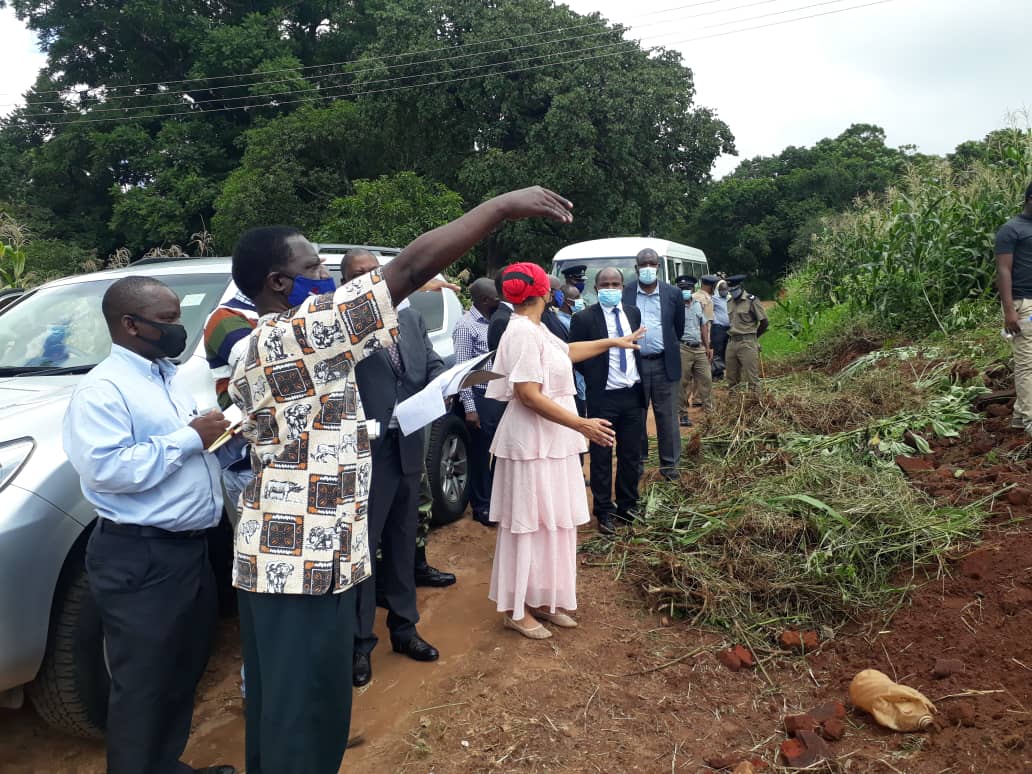 BLANTYRE-(MaraviPost)-Deputy Minister of Lands Abida Mia this week directed all stakeholders involved in the grabbing of public land at Staff Development Institute (SDI) in Blantyre to meet and resolve the contentious matter within 14 days.

The Deputy Minister called for a stakeholders meeting after touring the encroached land last week where she expressed dissatisfaction over the scale at which SDI was unlawfully losing the land which was set aside for future expansion projects of the institute.

The institution was initially established by government in 1962 to train civil servants as well as act as its consulting and research arm.

Mia told journalist after the two hour-meeting with Blantyre authorities that her ministry was looking forwarding to resolving the encroachment issue taking place at SDI.

“We have fruitfully discussed all the sticky issues surrounding this matter. At the moment all documentation that I had requested indicates the land belongs to SDI. So there has to be mutual agreement on what happens next with those who encroached on the public land that is why I have given them 14 days to sit down and agree on the way forward before reporting to me.

“I will thereafter consult with my boss Honourable Kezzie Msukwa for guidance on the process to follow within the confines of our laws and in consideration of all aggrieved parties in this saga. I have no doubt that at the end of the day we will resolve this matter together,” says Mia

Ironically, three government departments were in the forefront encroaching into SDI land. These include Malawi Housing Corporation (MHC), Blantyre District Council and the Department of Animal Health which is under the jurisdiction of the Ministry of Agriculture. The other portion of land was allegedly grabbed by an individual.

Addressing the stakeholders earlier, the deputy minister said government was currently overwhelmed with increased cases of encroachment and land grabbing of which majority remain unresolved after so many years.

“I would like you to know that this is the commitment of Tonse Alliance administration under the leadership of His Excellency the President Dr Lazarus Chakwera that all land wrangles new and outstanding should be quickly resolved,” she said.

She said during her previous visit to the institute to appreciate the extent of the encroachment, she was surprised to note that most land agreements made between SDI and government departments involved in the wrangle were made verbally without any documentation.

“This was unprecedented and should not be repeated in the future,” lamented the deputy minister.

Last week the local media reported that SDI- formerly Mpemba Staff Training College- was about to lose about five hectares of another land to Malawi Housing Corporation (MHC).

The housing company had already demarcated part of the land which is part of SDI estate into smaller plots with an intention to start allocating to interested individuals for purposes of constructing residential houses.

MHC claimed it owned the land and wanted to sell it to private developers as a way of sourcing revenue for the financially-drained corporation but could not produce ownership documentation when the deputy minister requested for it.

But speaking during the stakeholders meeting, MHC acting chief executive director Jordan Chipatala confirmed that they were approached by SDI in 1977 to build houses for the staff members of the college and MHC built seven houses.

Chipatala added that hey were forced to demarcate the land to sell after noting that there was encroachment taking place.

Acting director of SDI Peter Muthete said he was delighted that issue of SDI land being ruthlessly grabbed was now coming to an end and was looking forward to the deputy minister to make a formal declaration about the ownership.

“We presented every document to the deputy minister to support our claims. For us it was a fruitful meeting because it gave room to every stakeholder to present their cases. Now our expectation is that this long standing issue will come to an end,” he said.