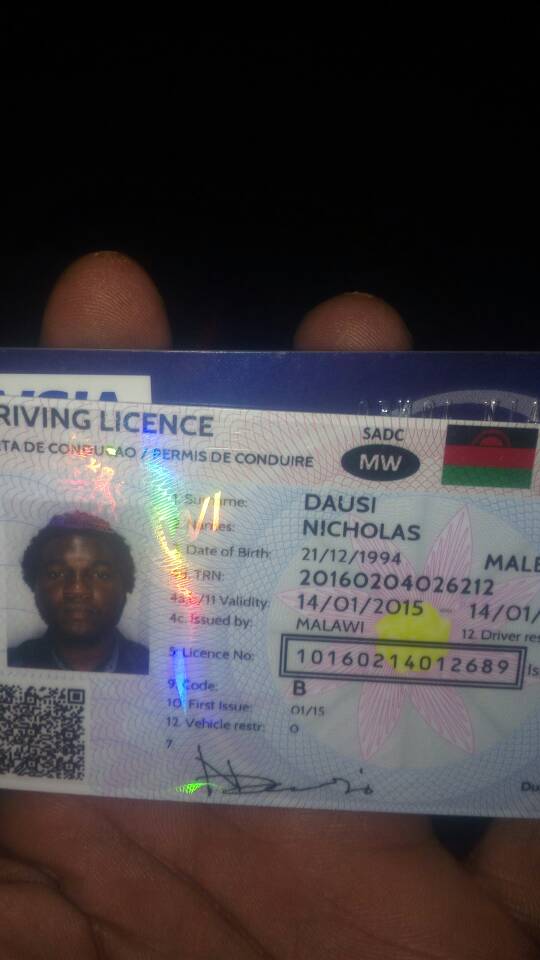 According to sources, Dausi Jr was among the thugs and suspects who was chasing a lady who was going to church for night prayers.

The source added that upon reaching the church one of the thugs had a gun, they even went right into the church fortunately they were over powered by members.

We are having a night of prayers at our church then thugs chased a lady who was coming to church and they followed her up to church.

Upon reaching the church one of the thugs had a gun, they even went right into the church fortunately they were over powered by members.

Dausi Jr is identified with driving licence 10160214012689 with the car registration number BU5780 which was used during the threat.

“One of the thugs is Hon Dausi’s son,Nicholas Dausi Jr who has been arrested. The irony is that Dausi’s son was shouting on top of his voice saying ” siyani kupembedza Bushiri ,muzipembedza mulungu” and the thugs were using a vehicle belonging to Ministry of Information,” said the source.

The police are yet to make statement on this matter.

e vehicle and ID’s that were dropped at the scene as the thugs wanted to escape.