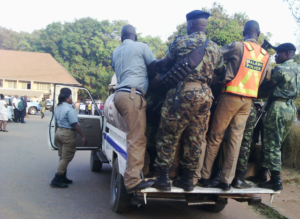 According to Bwanali, Mwambungo who was the brother to the father of the victim took an advantage of the absence of the girl’s parents at her home to fulfill his evil needs.

“He forced the girl inside the house and defile her but after her parents arrived home, the girl reported the matter and was then taken to police,” said Bwanali.

He said the girl was later taken to the hospital where it was confirmed that she was defiled.

When appealing to the court Mwambungo entered plea of guilty.

State prosecutor Clara Msiska, asked the court to give tough punishment to Mwambungo.

In his ruling, Mzuzu chief resident magistrate Texas Masoamphamba concurred with the state’s submission saying it is the duty of the court to protect citizens of the country.

He then sentenced Mwambungo to 19 years imprisonment with hard labour in order for others to take a lesson.