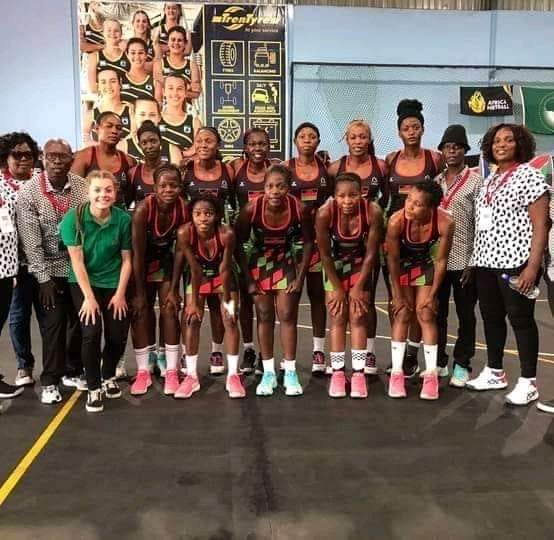 Malawi led in all quarters against Tanzania, 1st Quarter 14 goals to 5,Second Quarter ended 27 goals to 14 to Queens,third Quarter Malawi led by 47 goals to 22 with the last quarter Malawi finishing with 60 goals to 33 for Tanzania.

Malawi did not showcase their five star performance against a low ranked Tanzania, conceding more goals.Chawinga’s girls looked so exhausted and they were very slow on the ball.

Tomorrow Tuesday, Malawi has to win at all cost against Uganda if they are to finish second at this year’s African Netball Cup at the same time to defend their world ranking of sixth and second in Africa.

Uganda who defeated Malawi by 59 goals to 43 last week in PentSeries Netball Tournament which took place at Patrick Iyamba Police College Netball Court have chances to dislodge the Queens if they win tomorrow’s game.

Peace Chawinga, Malawi Netball Team Coach, was thankful for the win against Tanzania. She also said that fatigue played a great role for her team’s poor performance today.

“Our minds are on tomorrow’s game against Uganda, it is a must win game to us if we are to maintain our ranking. We hope our girls will be in good shape against Uganda”, Chawinga added.

Uganda suffered to a 57 goals to 37 goals defeat in the hands of the African Netball Cup Champions the Spar Proteas, currently sitting on third position while Malawi occupying second position tied on 12 points and South Africa on the summit with 14 points.