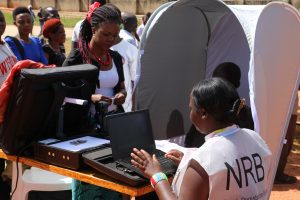 Some Malawians of Asian origin this week accused the National Registration Bureau (NRB) officers stationed registration centres in some parts of the country, for being biased and discriminatory especially when carrying their duties in the ongoing national identy cards registration exercise.

One member of the group Rafik Gaffar, confirmed the development; he said the NRB officers working in the centers are barring Malawians of Asian origin, to register.

“They said we are not allowed to directly registered at the centers, but to go through the office of the District Commissioners, while our fellow Malawians are not doing that,” he said.

“We are also Malawians by birth and we therefore do not deserve this kind of biased treatment. This is against our constitutional; and it infringes our rights. It must stop, Gaffar said.

Maravi Post on Tuesday confirmed that the group on Monday, presented their complaints to the Malawi Human Rights Commission (MHRC) in Lilongwe.

During their meeting, the concerned members also tasked the MHRC to interpret the meaning of the term ‘indigenous Malawians,’ which they said is normally used when issues of citizenship arise.

While confirming the development to journalists after the meeting, MHRC Executive  David Nungu, said the group wanted fair treatment despite the cookout of their ski.

“In brief most of the Malawians of Asian origin, were born in Malawi, and so were their forefathers,” said Nungu.

According to him, the MHRC will take the appropriate action once it is through with its consultations on the matter.

In his remarks, NRB Spokesperson Norman Fulatira, said no officer is abusing such Malawians.

According to him, registration is open to all Malawians and that those who are finding it difficult to register, should go to the nearest District Commissioner’ office to get registered.