SAN DIEGO-(MaraviPost)-The man who assassinated Senator Robert F Kennedy in 1968 has been attacked in prison, according to reports.

Sources from the Donovan Correctional Facility in San Diego say Sirhan Sirhan, 75, was stabbed on Friday afternoon in a prison yard, reports TMZ.

The Department of Corrections and Rehabilitation said he was transported to hospital for medical treatment and is in a stable condition.

The statement said: ‘Officers responded quickly, and found an inmate with stab wound injuries. He was transported to an outside hospital for medical care, and is currently in stable condition’.

The statement did not name Sirhan, who has spent over 50 years in prison, but a government source confirmed the victim of the attack was Senator Kennedy’s killer.

Corrections officials reported that the alleged attacker has been identified and has been put in isolation pending an investigation.

Sirhan Sirhan is in stable condition after being stabbed in prison (Picture: AP)

He shot Kennedy after he won the California Democratic primaries in 1968 (Picture: Rex Features)Sirhan was convicted of shooting Kennedy, shortly after midnight on June 5 1968.

Sirhan killed the New York senator after it was announced he had won the California Democratic Presidential Primary.

Mr Kennedy had just finished delivering his victory speech to cheering supporters at Los Angeles’ Ambassador Hotel when he decided to walk through the hotel kitchen.

He was shot in the head when he stopped to shake hands with a busboy who had delivered food to his room and died the next day, sending shock waves across the world.

Sirhan was originally sentenced to death but his sentence was reduced to life imprisonment when California briefly outlawed capital punishment. 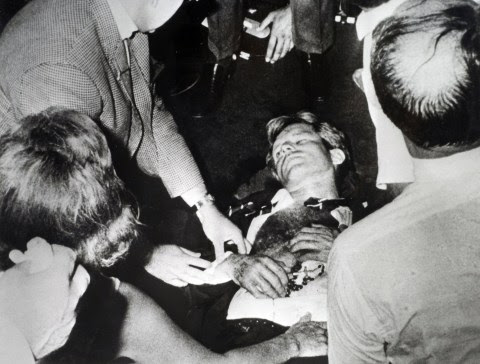 Kennedy’s death came five years after his iconic brother JFK was assassinated (Picture: popperfoto.com)Over the years, he has claimed to have no recollection of the shooting or his initial confession.

As a high-profile prisoner, Sirhan had once been kept in a protective housing unit at Corcoran State Prison in Northern California.

He was moved to the Richard J Donovan Correctional Facility near San Diego after he told authorities he would prefer being housed with the general prison population.

Delta variant, a warning the COVID-19 virus is getting ‘fitter and faster’

July 31, 2021, No Comments on Delta variant, a warning the COVID-19 virus is getting ‘fitter and faster’

July 30, 2021, No Comments on Sunday Igboho Demystified! By Ozodinukwe Okenwa

July 30, 2021, No Comments on Housing Policy Can Determine Economic And Educational Outcomes, By Dr Nasir Aminu

July 30, 2021, No Comments on UK partners with Malawi to boost girl education

Malawi Court rebukes Tonse Administration for detention of children, calls it ‘Unlawful and incompliance with the Constitution’

July 30, 2021, No Comments on Malawi Court rebukes Tonse Administration for detention of children, calls it ‘Unlawful and incompliance with the Constitution’

Which Premier League teams will be affected by AFCON?

July 30, 2021, No Comments on Which Premier League teams will be affected by AFCON?

July 30, 2021, No Comments on Mercenaries ‘impede’ peace, must leave Libya to allow elections

U.S., Nigeria And Buhari’s Drift “Toward Authoritarianism”, By Chido Nwangwu

July 30, 2021, No Comments on U.S., Nigeria And Buhari’s Drift “Toward Authoritarianism”, By Chido Nwangwu

July 30, 2021, No Comments on Why children need to learn computer programming

Could Little Girls all over Africa Become Beekeepers?

July 30, 2021, No Comments on Could Little Girls all over Africa Become Beekeepers?

July 30, 2021, No Comments on Benin Artifacts And The Choice Facing Robin Hood, By Azu Ishiekwene
Most Popular Posts
Recent Comments