Religion is regarded by the common people as true, by the wise as false, and by rulers as  useful. And so Man will never be free until the last king is strangled with the entrails of the last priest. This cannot be truer anywhere else but in Nigeria. Religion has taken a very gory dimension in the shores of our country and the masses are the worse hit in the circumstance, more like a pandemic if you ask me.

The General Overseer of the Omega Fire Ministries, Apostles Suleman in a recent video made a claim in his church, commanding angels to send monies to the bank accounts of worshippers.. The congregation rejoiced while he made this proclamations to them. Some members claimed to have received alerts from the angels in the church.

A young man – Mr. Israel. Balogun went out to challenge the pastor, adding that his claim was false as same was targeted at misleading the public. The pastor petitioned the police to have the young man arrested. The police invited and detained the young man.

The fact of this case underscores the struggles of this society in the hand of her religious leaders who deceives them toy with their gullibility. First, the elites want to have their way unchallenged at all cost. To say you have made angel cashiers to send money to people’s bank accounts is not practicable, forget carnality, it’s not what you should say to an already gullible congregation.

That the Holy Spirit just whispered to you that people will receive alert for money they did not work for. This cannot be true! You must admit you’ve got ulterior motives by advancing that implacable narrative. Then to say anyone talking about the issue is insulting God is not true. God cannot be mocked. 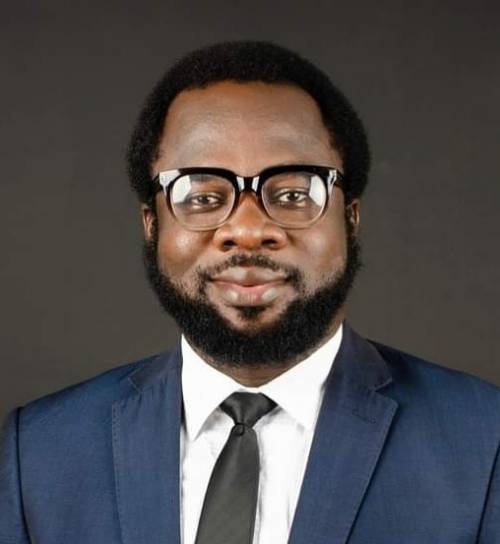 Again, the congregation who lack critical thinking, who are the real problem in this whole conversation, looking for an easy way out to make money are the very reason the religious enterprise flourishes, causing crime to reach an implosive level in our country.

You don’t pray to get money transferred to you, that is clearly selfish. You work for money. Offer services or sell goods, that’s how to make money. People should be taught industry and the cogent principles of entrepreneurship and skill acquisition rather than looking on to angels to fill their financial void.

Religion has ravaged this society and turned the larger population of our citizens to a burden unto themselves. It is not faith to say angels has transferred monies to people’s bank accounts, it’s madness! Teach people to develop themselves- their inner faculties, to learn a skill and earn money legitimately. It’s heresy to ask them to wait on your angels to earn money without their input.

Lastly. the police who do not investigate matters before swigging into action as long as the matter is reported by a rich man, we are tired of you. You are the biggest disgrace in this social disorderliness and unrest. Can you explain to Nigerians the reason for the young man’s detention in relation to the pastor’s claim? Do you believe angels are cashiers? What is wrong with you guys? This survival mentality is the reason you have no respect in this society and you are not ashamed of yourselves. You are creating more problems for this society that you can yourself manage. While not sit the complainant down and evaluate his claim and check his mental health before jumping carelessly to arrest a suspect.

So tell us, what is the young man’s offense? Under what law will you charge him?

How can the police, the clergy and the congregation be mad at the same time?

Why are you all sick at the same time?

I would therefore advocate that the times has come for the government to regulate religion in Nigeria and enact legislations to curb this madness before it gets out of hand.

Like it? Share it!
Egypt, Japan foreign ministers discuss cooperation to solve regional issues < Previous
2023: Power For Power! By Ozodinukwe Okenwa Next >
Latest News From Malawi
Headlines From: The Maravi Post