HomeOpinionMy Take On It: To charge or not to charge rich countries visas...
OpinionTravel & Tourism

My Take On It: To charge or not to charge rich countries visas in poorer countries 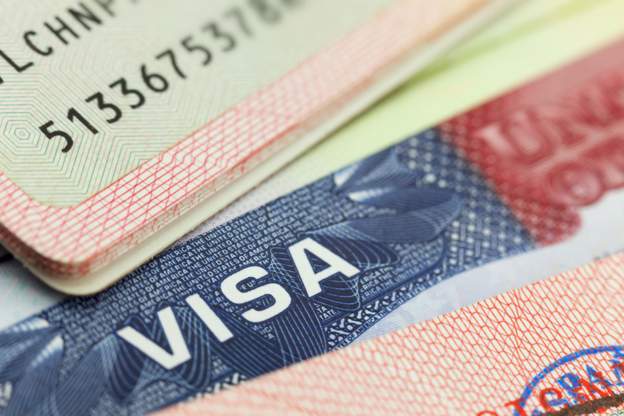 The announcement this week that Malawi is to Malawi waive Visa fees for key tourism source countries was received with mixed considerations and reactions on social media platforms. Usually, these days in diplomatic circles, such a forgoing of national resources comes with more tangible short-term and long-gains. Making justification for the Visa Fee waiver, the Government stated that it aims to boost its tourism industry, which was badly affected by COVID-19. Government statistics show that during the pandemic, international tourist arrivals to Malawi plunged by 80 percent.

On COVID-19 as a causative, no one traveled anywhere for the good part of 2020 to late 2021 after a vaccine was developed.

However, the Tourism Ministry says the visa fee waiver will involve tourists from 16 countries, among them the United States, Britain, France, China, Russia, and Germany. Ministry spokesperson Mbvundula defended his Ministry’s position by saying that “the benefits will definitely outweigh the cost we might incur from the removal of the visa.”

Mbvundula said tourists pay $50 per single entry, while a multiple entry visa for six months costs $150. A multiple-entry visa for 12 months is pegged at $250. Mbvundula said that Malawi is losing to other countries due to the fact that Malawi’s fees are higher. Malawi instituted visa fees in 2015 for all the countries that required Malawians to pay visa fees. The reversal of the visas only affects the richer countries in their favor.

In disagreeing with him it was pointed out to Mr. F that visa fees are one of the major foreign exchange sources for forex-deficient Malawi which is boot-strapped.

Mr. GN requested that the group against the waiver produce statistics to back up their position. He said while both sides of the equation could be right, desperate global shocks deserve desperate measures. To drive his point home he said the Government was simply eating what is placed on its plate.

Mr. F responded to those of us that were against the fee waiver by stating that “we are talking about the promotion of tourism, which is a competitive industry. Botswana is one of those that have scrapped the requirement.”

Mr. TC chimed in with some merry negative cheer and said “I am in Malawi now, even if you gave me money to visit, I would not visit as a tourist, but because it is home, I will join the suffering majority!!

Ms. E said she hardly travels when visiting family in Malawi because it is too expensive and not worth the expense. Hotels are too pricey and the per person, not per room charge is crazy. Food is also expensive and not worth the price. Souvenirs etc. There’s also no customer service. I travel a lot internationally and there are so many great deals everywhere else. Malawi is a tough tourism sell for me.” This was a clear indication that it is not a matter of just the visa fees, other considerations enter the mix of why people do not come here.

Mr. GN said there is a need to help Malawi address the issues raised above. The diaspora can influence change. Malawi is for all of us. Little by little, it become a great nation for future generations.

To which I agreed wholeheartedly! Globally, the diaspora has helped and is helping their motherlands. The Philippines is a grand example. Before them, the Republic of Taiwan at the start of the development of the personal computer, citizens living and especially those working in Silicon Valley (the heartland of computer technology) were lured to get back and help propel their home country in this new development item: the computer.

But Mr. E had a question for GN, “how do you propose this? I am curious and looking for ideas and inspiration and other ways to approach things because my interactions with Malawi most times are very tough. Malawi seems very stuck in certain ways about things. Process/protocol is more important than thought and logic and sense.”

Ms. E said “Change requires speaking up, engaging, and challenging and people get so offended when challenged in Malawi even when they are completely wrong. How do you bring about change with such a mentality?

Ms. EJ in agreeing with Ms. E said that “either we become too politically sensitive or too bureaucratic to a fault and everything stops. The problem of fear and too much bureaucracy.

Joy K steering the group to visa waiver, said ”Malawi should not have waived visas for rich countries because I do not believe people from these countries would fail to visit Malawi for tourism or whatever reasons because of a $50 – $100 visa fee. We were indeed benefiting in forex from these visa fees.”

During the pandemic, the country and many others were closed to travelers so I am wondering why Government would use statistics from the pandemic period to say there was no forex coming through visa fees because people were traveling to other countries where there are no visa fees when there was a travel ban in Malawi and from those countries in the north. Nobody was traveling at that time.”

LM said that while $50 may indeed be insignificant to a genuine tourist, it’s the process of obtaining the visas that left a lot to be desired.

The Malawi visa process is the real barrier to tourism and until the country embraces the E visas in their true meaning, we are better off scrapping it.

LM  continued by saying that “it is annoying, but we go through so much pain to go to their countries. In agreeing with Joy K that nobody traveled during the pandemic so that analysis doesn’t make sense if anything they should base the stats on before and after introducing the visa fee.

Ms. E said “if you are traveling to Malawi, for example, your ticket most likely costs anywhere between $800 to $1,500 (depending on what country you are traveling from) you can definitely afford the visa fee. Don’t think the fee deters incremental tourists. If you plan to visit Malawi chances are you have already set aside ~$1,500 to $2,000 for your trip.

Joy K responded “Most of the countries on the visa waiver list were already eligible for obtaining visas upon arrival and it is not a complicated process. I’ve traveled with a US citizen to Malawi, and it was an easy and smooth process to get visas at the airport. The visitor was given a short form to fill out, go to a VOA window to pay, and the next window the visitor has the visas stamped in the passport.

Ms. E to Joy K said: Very true. Let’s wait and see how many tourists will change plans and go to Malawi instead of Kenya, Botswana, or any other African country because they saved $50 on Malawi visa fees!

TC- It is the eVisa system that is a problem. The Washington Embassy was operating on visa fees some years back!!

Joy K chimed in stating that it was true.

Malawians are waiting and watching; waiting to see how many tourists will change plans and go to Malawi on account of no Malawi visa!