At 32 million doses, Africa accounts for less than one per cent of the more than 2.1 billion doses administered globally. Just two per cent of the continent’s nearly 1.3 billion people have received one dose, and only 9.4 million Africans are fully vaccinated.

‘Do or die’ for doses

“It’s do or die on dose sharing for Africa,” said Dr Matshidiso Moeti, WHO Regional Director for Africa.

The WHO’s reminder that 225 million doses of vaccine are needed urgently on the continent comes as coronavirus infections increased there for the third consecutive week.

Africa’s 54 countries have registered nearly five million COVID-19 infections to date and numbers increased by nearly 20 per cent – to more than 88 000 – in the week ending 6 June.

“As we close in on five million cases and a third wave in Africa looms, many of our most vulnerable people remain dangerously exposed to COVID-19”, warned Dr Moeti.

“Vaccines have been proven to prevent cases and deaths, so countries that can, must urgently share COVID-19 vaccines.”

According to WHO’s latest situation update, the pandemic “is trending upwards in 10 African countries”. Four nations have seen a 30 per cent increase in cases in the past seven days, compared with the previous week.

Most of the new cases were in Egypt, South Africa, Tunisia, Uganda and Zambia and over half were in nine southern African countries.

Vaccines have become “increasingly scarce”, the UN health agency said, adding that at the current rate of delivery, only seven African nations will meet the goal of immunizing one in 10 people by September.

The development came as the WHO announced on Thursday that for the first time in Europe since last August, deaths from COVID-19 had fallen below 10,000 in a week.

In a regular update, the UN health agency noted that cases, hospitalizations and deaths have decreased in the region for two consecutive months.

A total of 368,000 new cases were reported in the last seven days, which is a fifth of the weekly cases reported during Europe’s recent peak in April this year, said Dr. Hans Kluge, WHO Regional Director for Europe.

He noted that the European Region had seen 55 million confirmed cases of COVID-19 and 1.2 million deaths, which is around a third of the global caseload.

More than 400 million doses of COVID-19 vaccines have been administered in the last six months, Dr Kluge noted, meaning that 30 per cent of Europeans have received at least one vaccine dose and 17 per cent have been fully immunised.

“Vaccination coverage is far from sufficient to protect the (European) region from a resurgence”, the WHO official explained. “The distance to go before reaching at least 80 per cent coverage of the adult population, is still considerable.”

Public health measures and vaccination…is the way out of this pandemic — Dr. Kluge

People over 70 were 800 times more at risk of severe disease or death from the coronavirus, he continued, insisting that it was an “urgent priority” to continue to protect the elderly, people with comorbidities and frontline workers who “remain unprotected” in a number of European countries.

“With increasing social gatherings, greater population mobility, and large festivals and sports tournaments taking place in the coming days and weeks, WHO-Europe calls for caution”, the WHO official added.

Highlighting the parallels with last summer when infections rose in younger people before moving into older age groups, the WHO official urged European countries to avoid “a devastating resurgence, lockdowns and loss of life” during the warmer months.

“A combination of public health measures and vaccination – not one or the other – is the way out of this pandemic,” Dr Kluge insisted.

To encourage people to protect themselves and others from coronavirus, WHO-Europe and UNICEF Europe and Central Asia have launched a joint campaign with some key do’s and don’ts.

“If you choose to travel, do it responsibly,” Dr. Kluge said. “Be conscious of the risks. Apply common sense and don’t jeopardize hard-earned gains. Remember: wash your hands frequently, keep a distance, choose open settings and wear a mask. Avoid the three Cs; settings that are ‘closed’, ‘confined’ or ‘crowded’, will put you at higher risk.”

Members of the public browse a book stall in London after COVID-19 restrictions were lifted. 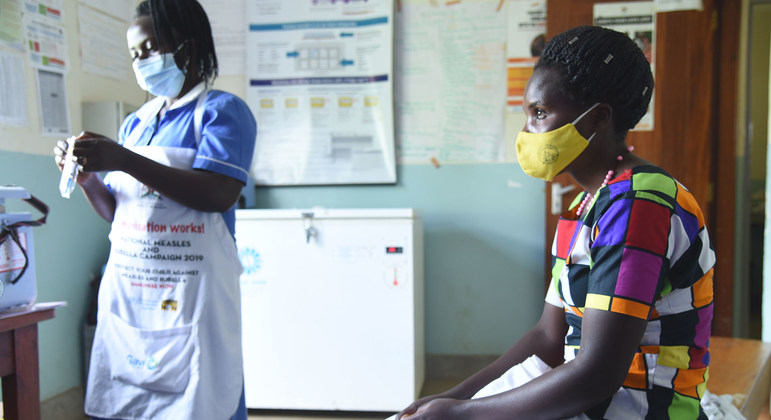 Like it? Share it!
New WHO guidance aims to stamp out rights violations in mental health services < Previous
Côte d’Ivoire inaugurates International Academy for Combating Terrorism Next >
Latest News From Malawi
Headlines From: The Maravi Post