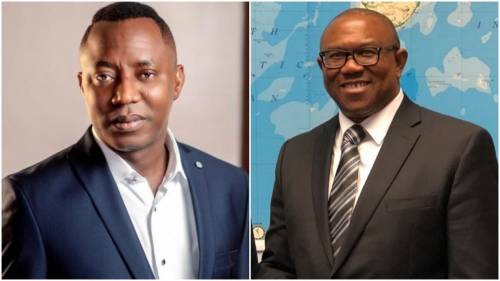 The Osun election has come and gone, with the PDP winning. It’s another round of upcoming suffering for the Osun people, the name of the sufferer just changed, but that’s not my focus in this post.
In this just concluded election, though late, I focused my gaze on the alternatives or parties that are posing to be alternatives to APC and PDP, that are always fighting one another on social media, and that’s Omoyele Sowore’s AAC and Peter Obi’s LP. Many have argued that structures win elections and I think I would agree now more than before.

As a close observer of both parties, it didn’t take time for me to realize the low visibility the AAC has in many areas of the state. During my investigation, I found out that the party was in court almost after the general elections of 2019 and the name of the candidate for the Osun elections was supposedly that of an impostor.  I also confirmed from Juwon, my friend in Ife, who is a close ally of Sowore, the position of things.
When the party won in court against the hijackers, it was late already to change the name of the impostor candidate in Osun. The morale was low after AAC stakeholders realized the INEC thing. The party barely campaigned. Even the social media engagement that it is known for, was low. I learnt all these were in protest of the inability of INEC to change the name of the impostor candidate after the party was rescued in court on June 3, 2022.
Olufemi Johnson, the substantive candidate of the AAC, contested against a former Deputy Speaker of the House of Representatives, Lasun Yusuf, who one time was in APC, another time PDP. This is important to note and I hope you are following.
Now to the results.
Sowore’s party polled 2,148
while Peter Obi’s LP polled 2,729
That of the AAC could be understood. But what could have been the reason for the woeful performance of Obi’s LP despite fielding a “grassroot politician”? Did the Obidients think they can win Presidency for Obi without showing strength in Osun or there are no Obidients in Osun? Even in student areas where they have data to be on Twitter Spaces, Obi’s party performed woefully.
Mind you, Peter Obi was present at the “Mega Rally”.
Sowore didn’t lift a finger, didn’t come to Osun for any mega rally, no posters…yet polled more votes in many areas than a Peter Obi candidate, a former deputy speaker who campaigned throughout. Even In Osogbo, the capital, AAC polled 130 against LP’s 79. The gap in many LGAs was reasonable. For both of them, there were no party agents to monitor the process. These things matter.
But from these results, it is clear that if there were no interruptions in the operations of the AAC party for those 3 years, with government agents trying to hijack the party, it is most likely SOWORE’S AAC will beat the Obi’s LP silly and might wrestle with the PDP and APC in their strongholds. And this talk about “vote for candidate, not party” is a narrative of political neophytes. Party matters. The ideology of the party matters. Candidates also matter.
Now tell me objectively who has structures? Who should collapse his structure to support the other, as many have been calling?
Nigerians who seek alternatives to PDP/APC must get serious before the 2023 elections, to avoid cries of rigging after the election.
Akinrinade Jamiu writes from Ede, Osun State.