You are here: Home » Opinion » Reflecting on Africa’s independence: Whats holding Africa back from progress & prosperity? 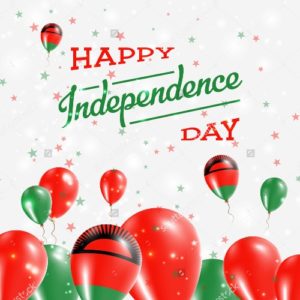 Just like a good number of African states, Malawi became independent in the 1960s following the strong wave of African nationalistic movements of the 1950s. The 6th of July 2016, marks Malawi’s 52 years of independence from Britain which Malawians will not ceremoniously celebrate because of a poor economy. Last year in November, President John Magufuli also cancelled Independence Day celebrations to save money for his poor Tanzania.

Though Africa is said to be the fastest growing continent as of 2011, the most important and indisputable fact is that generally all Africans are visibly battling with chronic poverty and the continent has continued to trail behind in all aspects of progress and prosperity despite attaining independence more than half a century ago.

Why are Africans failing to progress and compete with the rest of the world? Traditionally, Africans have for a long time, among other factors, perpetually blamed Africa’s failure on its colonial background. European powers scrambled for African territories and colonized them formally from about the 1870s and annexed nearly the entire continent by 1900 and ruled for close to a hundred years. It is widely believed that this period Europeans plundered Africa’s resources, oppressed and exploited manpower and stunted African’s intellectual prowess through indoctrination of western supremacy. But I have doubts that colonialism contributed to a significant degree to the social, economic and political stagnation of the independent Africa because of the following reasons among many:

First, colonialism did more good for Africans than harm. Africans would be worse today if they had not been colonized. Everything that Africa is proud of today occurred during colonialism; It was through colonialism that naked Africans learned not only how to wear clothes and shoes, but also secured intellectual, infrastructure, political and economic development among other aspects of civilization. It was even through colonial expeditions that Africans got Christianized and knew God because colonialists with political and commercial interests established systems that facilitated the Christianization process. As a matter of fact, Christianization and colonialism were complementary. So if anything, colonialism ought to be the reason Africa should be advancing and competing with the rest of the world not an excuse for stagnation.

Second, if colonial background was the problem, then Ethiopia would be the largest economy and most prosperous state in Africa because Ethiopia is the only country in Africa which was never colonized. Yet, Ethiopia does not rank any better in social, economic and political development and in most considerations ranks even lower than several African states that were colonized.

Third, the USA which is the world’s leading economy was also colonized by Britain and has been a superpower for more than 70 years now. America was already a great world economy by the second half of the 19th century and over took the world in the first couple of decades of the 20th century. And China which is the second largest economy was, while not traditionally colonized, subjected to some form of colonization by European powers which included Britain, Germany and France. Western powers annexed some territories in China including Hong Kong which was taken by Britain, and forced China into trade concessions and similar oppressive and exploitative deals that served commercial and prestigious interests of Europeans. India too, is world’s third largest economy considering its GDP in terms of purchasing power parity, and ranks among the world’s top ten leading economies, and yet India was also colonized by Britain.

Therefore, if you were to look at the world’s top ten economies you will find that a good number of them suffered oppression and exploitation of the British and European colonialism. But they progressed and prospered, and their economic prospects are the greatest.

So what is the problem with the post-colonial Africa? The main challenge of Africa after independence is independence. When Africans became independent, they did not become independent. Immediately after “the independence,” European powers, this time led by the USA in a system of “collective imperialism” continued to interfere with domestic politics and economic systems of African states. They immediately began to orchestrate overthrow and assassination of African leaders that stood against interests of the west.

Consequently, for a leader of an independent African country to stay in power, he had to be a puppet of the west and service their interests at the expense of African interests. So, in as much as Africans were decolonized, decisions about African governments and the future of the African people was still in the hands of the former colonizers just like was the case in 1884 at the Berlin Conference where Europeans sat down to discuss on how best to exploit Africa among themselves. The new independent Africa was still not about what Africans wanted but what the USA and Europeans wanted.

The USA and Europe still controlled Africa and held her future in their hands. That is why, after about three decades of the decolonization process, when the Soviet Union collapsed and the Cold War ended between 1989 and 1991, the USA and European countries immediately begun to overthrow the very African dictators whom they had kept in power to serve their interests. As long as Russia and Communism were no longer a threat, western powers were ready to plunge Africa into a new phase of history which would still serve them best. They shoved Africa into a hasty democratization process which swept across the Sub-Saharan region and did more harm than good. For two decades now, western democracy has failed to propel Africans into aspired levels of prosperity. But the west has benefited from the democratic arrangement.

As a matter of historical fact, even the African independence was influenced by activity in the west and Europeans allowed Africans to have the independence and have it the way the west wanted. The independence movement coincided with the end of the Second World War. The war which ended in 1945 had weakened European powers economically and militarily and cities were in ruins. Europe was therefore too weak to manage colonies across the continent. Europeans had to channel resources towards the nursing of the wounds inflicted by the war and reconstruction of devastated cities. As a result, having found new partnership in the USA, which had the economic stamina to bail Europe out with aid packages, they collectively switched the colonialism strategy to a cheaper and easier form of colonialism just to pacify nationalistic revolutions and spare resources to rebuild their countries. Therefore, they allowed Africans to get independent while they had a recolonization strategy already hatched and awaiting implementation.

Africa will never progress and compete fairly with its former colonial masters and the rest of the world until it weans itself totally from them and from every institution that embodies interests of western imperialism. Until the USA and European countries stop dictating economic and governance policies of African governments, Africa will continue to trail behind.

The reason the USA progressed after gaining independence from Britain is that they practically got independent and began to build political and economic systems that served indigenous interests. Upon independence, the USA created a vibrant democracy that the world had never seen before which responded to the needs of the American people and represented their ideologies and values. They also created a vibrant economic system backed by a functioning banking system and capitalism which would best respond to who they were as Americans and what their society aspired for.

Another exciting example about merits of divorcing influences of western imperialism which Africans must learn from is the growth of Russia. After the fall of the Soviet Union under compromises of the leadership of the Soviet President, Mikhail Gorbachev, Americans treated Russia like a loser. They rejoiced to have eliminated the only military rival and geopolitical opponent and obstruction they had on earth since 1945. They forced certain concessions on Russia and influenced political and economic systems and policies which were in the interest of Americans and Europe. They even began to expand NATO into former soviet states in act of direct humiliation towards the Russians. But in the second decade after the collapse of the Soviet, Russians decided to pursue Russian politics and economics and confront western imperialistic tendencies especially with the coming in of Vladimir Putin in the Russian political arena by the year 2000. Russia does not practice western democracy neither do they practice autocracy. They practice “Russian democracy” and it works for them, and so does their economics. As a result, Russia has once again become a global power and a strong determining player in geopolitics, with growing military and economic might.

Africans must learn that only those countries that choose to be really independent and divorce themselves from foreign influences, especially of the USA and Europe, and pursue indigenous social, political and economic systems and policies, are the only countries that progress and prosper. Africans must choose a path of real independence which they have never had.

Like it? Share it!
Singer Madonna heading back to Malawi via Kenya amidst brewing Mercy Controversies < Previous
MK1 billion allocated for Mchinji West constituency by-election—Gondwe Next >
Recommended stories you may like: